Valentine's Day is just a few days away and designer lingerie surely makes the best gift. Myla are aware of this so chose February to launch their latest ad campaign starring Poppy Delevigne. She steps in to Lydia Hearst's shoes for the campaign which was shot by Vanina Sorrenti (sister of Mario Sorrenti). The look was inspired by 1970s romanticism and sees Poppy lounging in pretty Spring pieces made from caramel lace and floaty chiffon. Poppy has previously worked on campaigns for Anya Hindmarch and Bamford & Sons, and has recently moved to the Big Apple to step up her career. What do you think of the campaign? 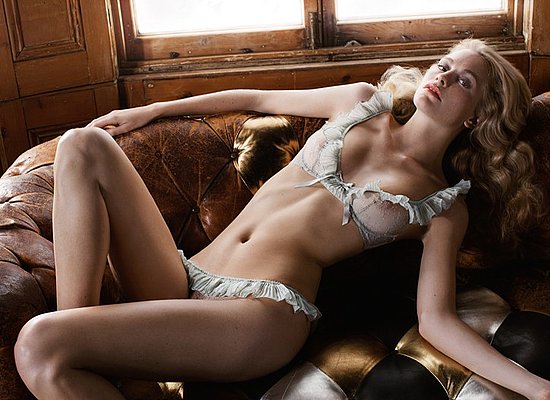