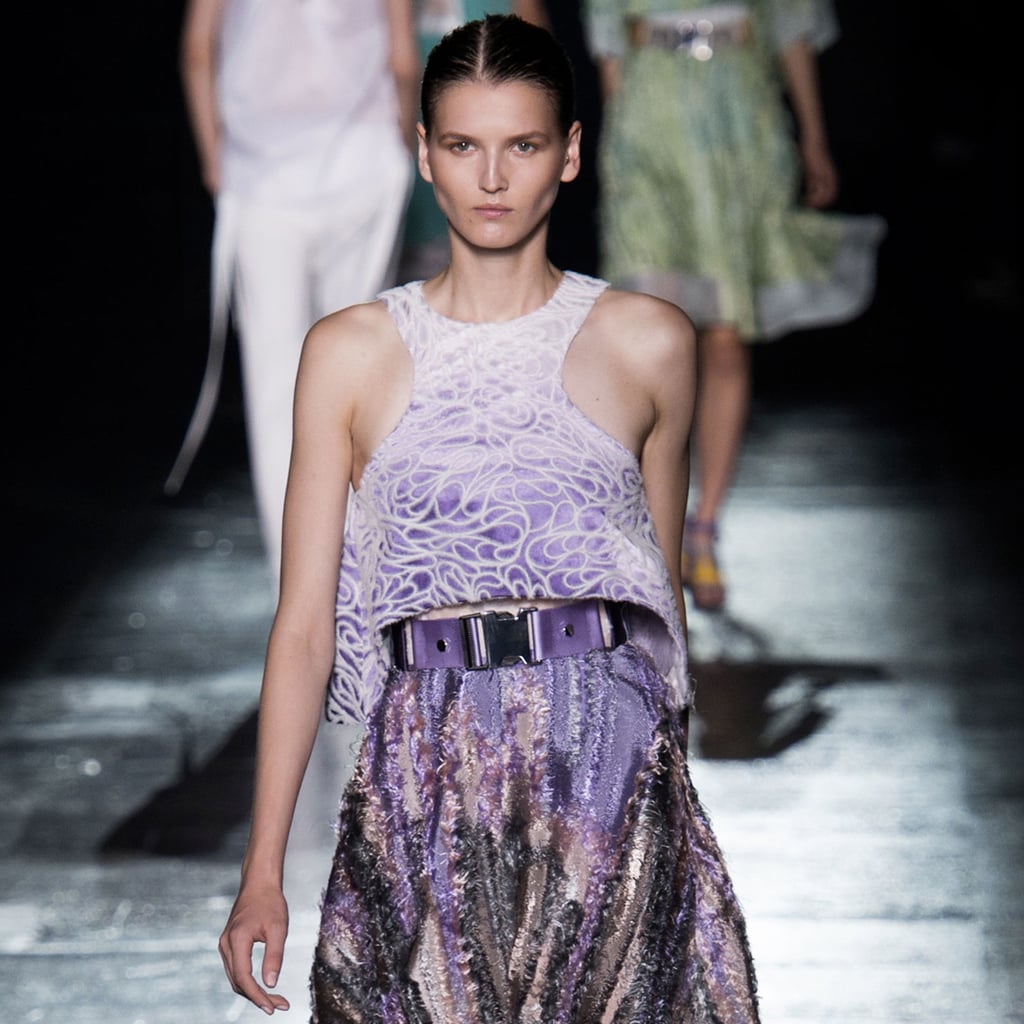 Prabal Gurung Just Nailed the Sporty Vibe (and There Wasn't a Sneaker in Sight!)

With athleticism becoming a major touchpoint with today's designers, it was no surprise that Prabal Gurung made American sportswear the focus of his Spring 2015 collection. But that he'd juxtapose those strong silhouettes against such soft fabrications — inspired by traditional Napalese dressing — was a delightful spin. From cloque jacquard and bleached denim to flitty feathers and three-dimensional rhododendron blooms, he managed to cover all the bases. Sure, he had beautiful ruffled dresses, but one of the buzziest looks — a colourblocked pantsuit with unstructured, contrasting lapels — felt more androgynous.

Overall, though, what really stood out were the basics: fans may have discovered their new favourite neckline, a Y-shaped, shoulder-baring tank. And showgoers surely appreciated that, despite going so sporty, he didn't take the obvious route (you know, jumping onto the designer trainers bandwagon). Instead, he used the opportunity to debut his first-ever footwear line of multistrapped sandals and classic booties. A pleasant surprise indeed.