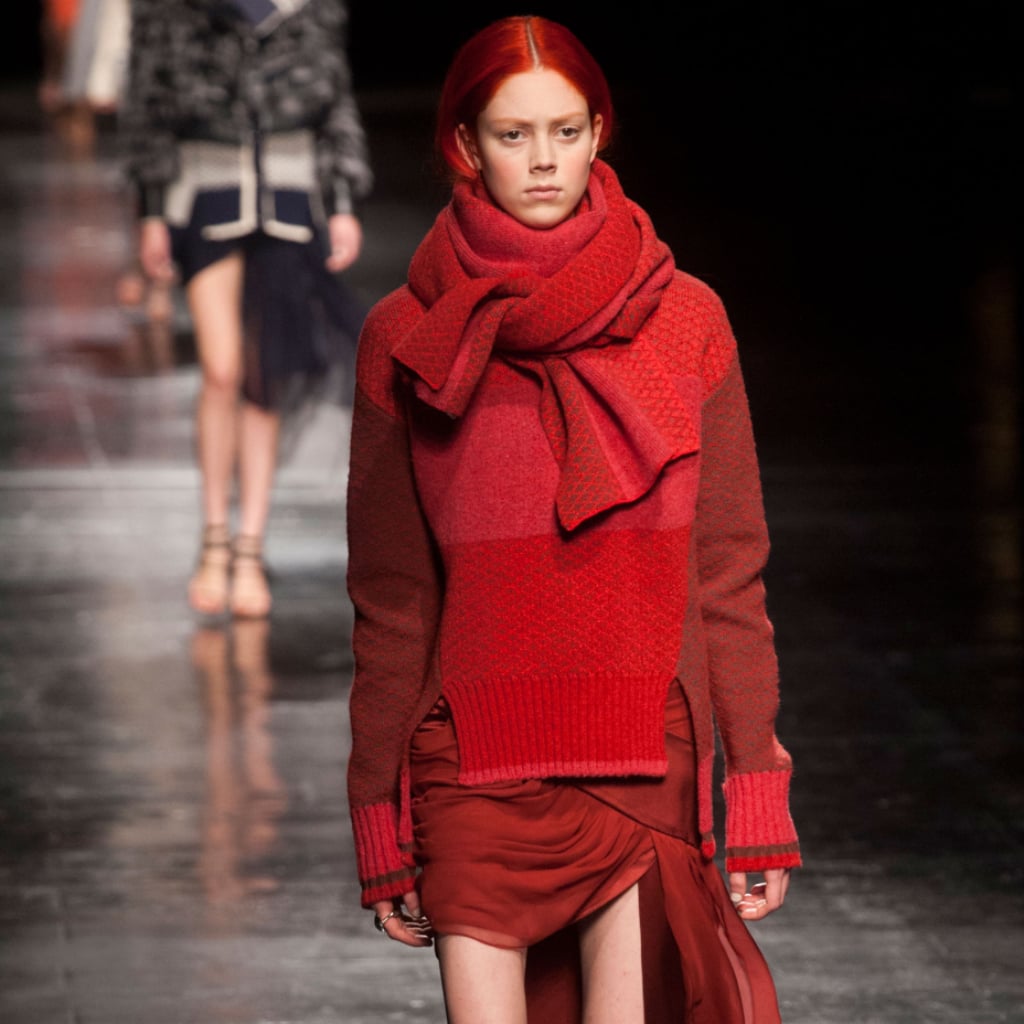 Prabal Gurung took us on a trip to Mustang for Autumn/Winter 2014. No, we're not talking about the Wild West, but rather the region of Tibet that has retained its traditional culture. Vivid shades of saturated crimson and saffron worked into rich layered looks, filled with draping that recalled the robes of monks. Cable-knit sweaters looked cozy under patchwork shaggy shearling jackets but were unexpectedly paired with leggy, draped chiffon skirts and sexy Casadei for Prabal Gurung heels.

For evening, Gurung gave Donatella Versace a run for her money with intricate gowns that showed flashes of flesh through paint-stained bodices and Swarovski-crystal-laden panels. Joan Smalls, the star of the brand's current ad campaign, closed the show in a hand-draped midnight gown that deserves a spot on the Oscars red carpet.