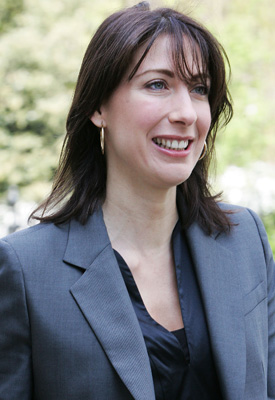 It's been a busy six months for the Camerons and it seems it's starting to take its toll on Samantha. Britain's new first lady has just announced that she is resigning from her position as creative director at Smythson. She has been working with the company for 14 years and has decided to leave although will remain on board as a creative consultant.

Samantha is currently five months pregnant and wants to spend more time with her other two children. She commented, "This is a personal decision made when I discovered I was pregnant and one that I have been considering for some time during what has been an understandably difficult year." She is largely credited with putting Smythson on the style map and for organising collaborations with Giles and Erdem.