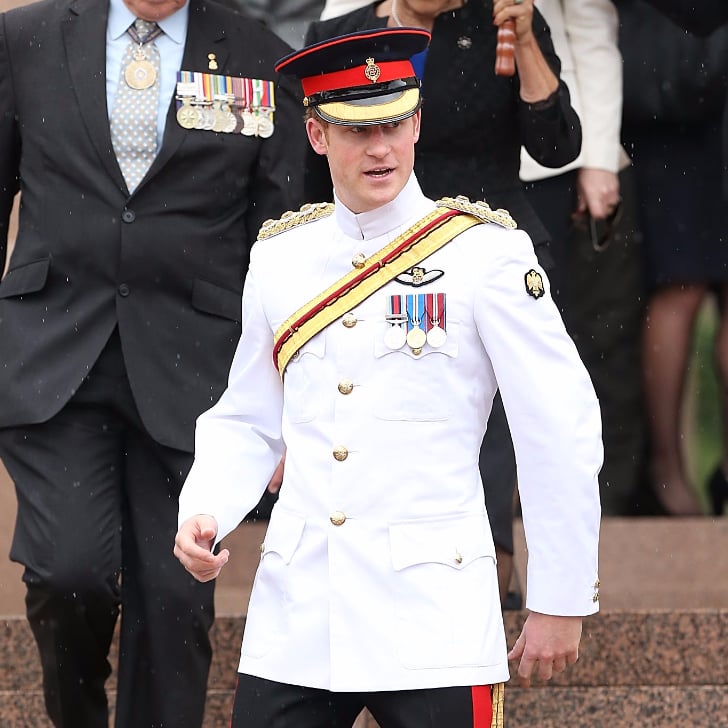 Good news for Prince George and his future sibling: the royal gene pool is no doubt a good one. Prince Harry was the proof as he arrived at the Australian War Memorial in Canberra, Australia, on Monday, decked out in his military uniform and looking like he just stepped out of a Disney movie in a white jacket, black pants, and various metals for his service.

But if you ever get the chance to meet the real-life Charming, just be sure to have a friend snap the photo. While touring the galleries, Harry was also overheard telling a teen: "I hate selfies. I know you're young, but selfies are bad. Just take a normal photograph." Guess he won't be following us on Instagram any time soon.

Keep scrolling to see Prince Harry looking as dapper as ever during his latest appearance.

Celebrity Style
According to This Midriff-Baring Top, Bella Hadid Is Just a '90s Girl Living in a 2021 World
by Chanel Vargas 13 hours ago