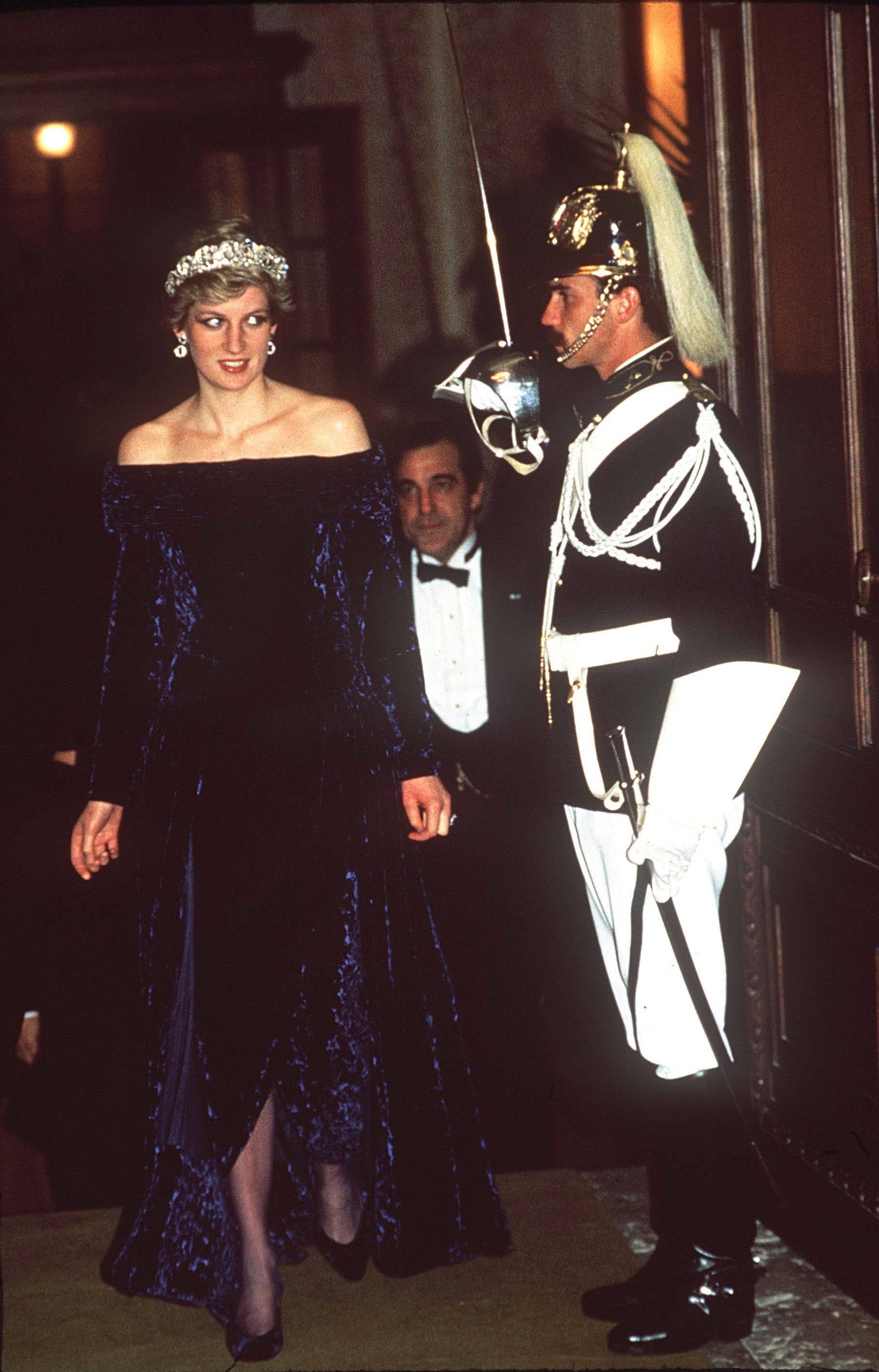 Hot on the heels of news that some of Princess Diana's most famous outfits will be exhibited next year, yet more of the royal's famous fashions have been unearthed for an auction by vintage fashion auctioneer Kerry Taylor. Next year will mark 20 years since Diana's tragic death, and the thirst for a connection to "The People's Princess" is as strong as it ever was. Three dresses worn by the princess were sold this week, with one gown reaching an astonishing £45,000.

The purple velvet Bruce Oldfield gown was worn by Diana to a dinner during a trip to Portugal with Prince Charles in February 1987. She famously paired it with the Spencer family tiara and looked every inch the princess. The off-the-shoulder design was custom-made and remains in pristine condition almost 30 years after Diana debuted it. 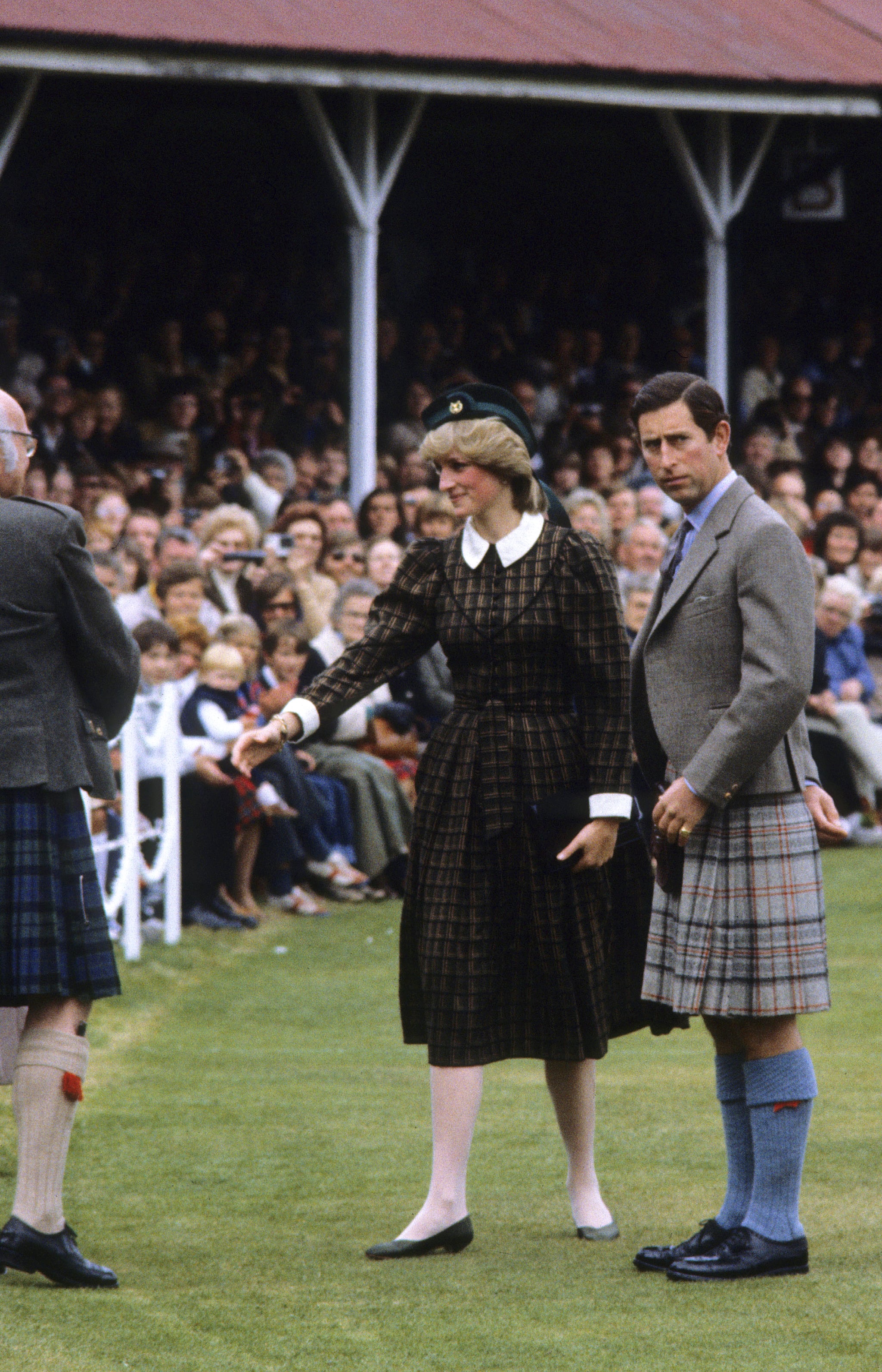 Also auctioned on the day was a Caroline Charles tartan day dress worn by Diana at the Braemar Highland Games in 1982, which sold for £5,500, and a blue two-piece silk design by Catherine Walker, which sold for £4,200.