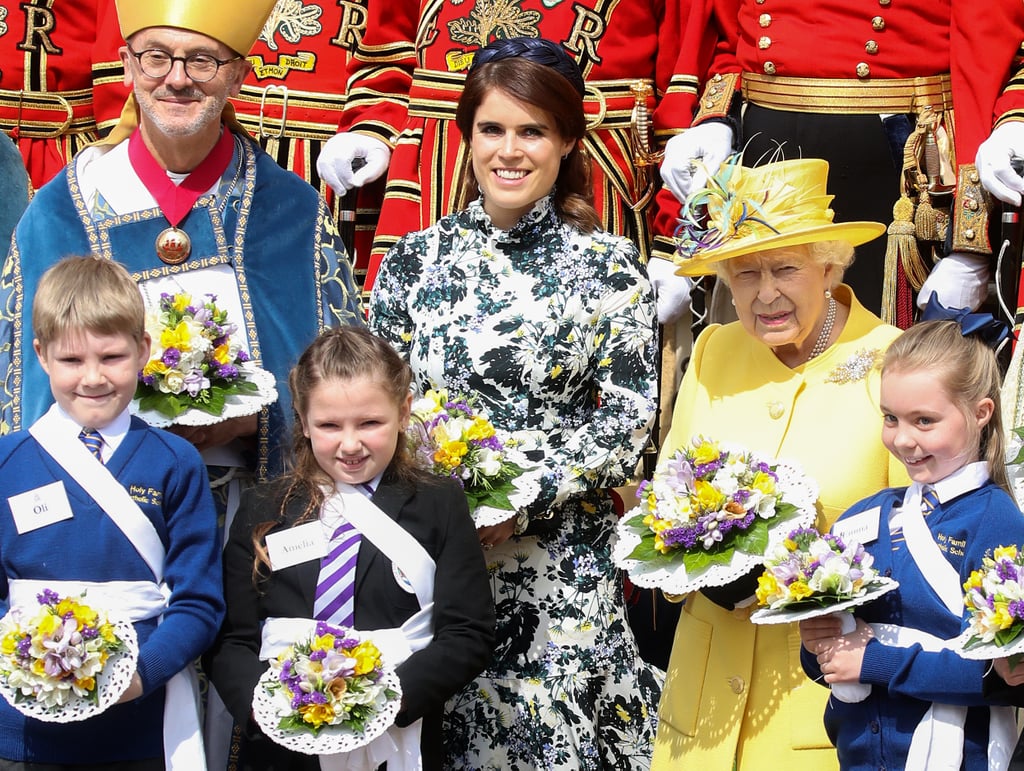 Princess Eugenie at the Royal Maundy Service in 2019

Princess Eugenie had an important job to do on Thursday, as she accompanied Queen Elizabeth II to the Royal Maundy Service, one of a number of traditional royal events that take place around the Easter holidays. The princess was in familiar territory, as this year the service took place at St. George's Chapel in Windsor, where Eugenie and her husband Jack Brooksbank tied the knot back in October 2018. But it wasn't just the venue that was giving us flashbacks, either, as Eugenie decided to make this royal appearance in a very familiar dress.

Related:
Princess Eugenie Really Loves Her Leather Headband, and You Will, Too

Eugenie was wearing her Erdem Bernette dress, a chic floral design she debuted back in June of last year, when she wore it for another important family outing: Royal Ascot. Back then, she teamed it with a Sally-Ann Provan hat and black heels with tiny studs. A month later, Eugenie kept the shoes but ditched the hat, to give the dress its second outing, at a meeting at the UN headquarters in New York. Almost a year on, this classic floral design still looks fresh with the addition of a navy hat with a braided trim, and a pair of every royal's go-to shoe, the navy blue heel. Keep reading to take a closer look at Eugenie's latest outing in a dress that's so chic, it just won't quit.