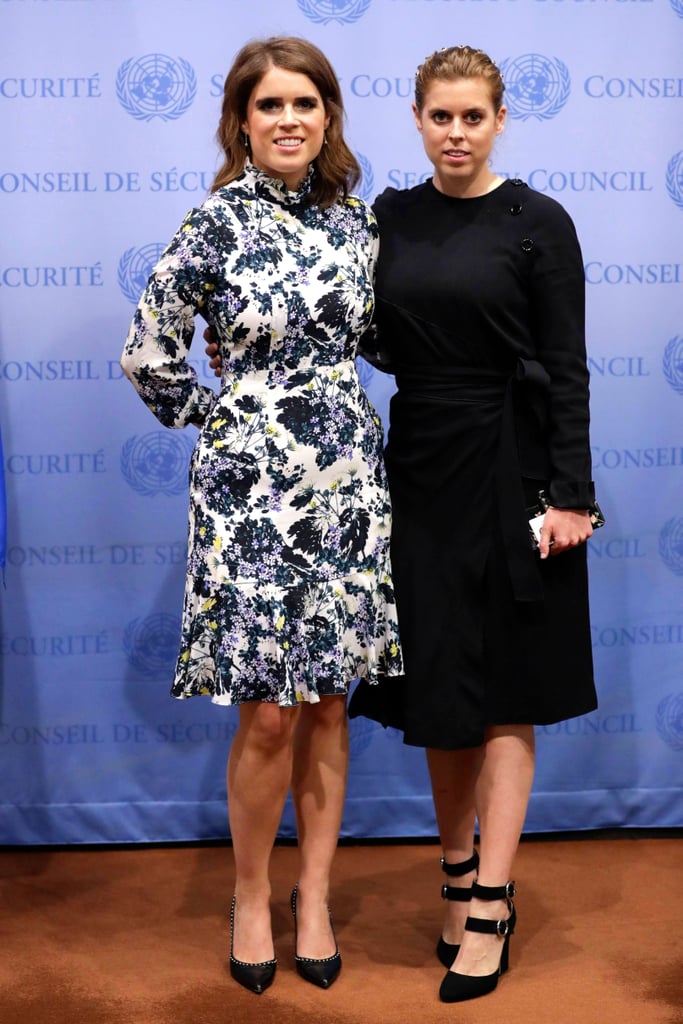 Princess Eugenie and Princess Beatrice stepped out in New York to attend a meeting with NEXUS at the UN headquarters. For the occasion, Beatrice kept things simple in a black dress and strappy heels, while Eugenie stunned in a floral dress by Erdem, which featured a ruffled neck and long sleeves. She teamed it with black studded heels and delicate earrings, and her ensemble immediately gave us Royal Ascot flashbacks.

Back in June, Eugenie wore the exact same dress (and the exact same heels) when she attended the event with the rest of the royal family. The only difference? A Sally-Ann Provan hat, which she previously had to wear in order not to break royal protocol. Although it was a simple tweak, this accessory (or lack thereof) allowed Eugenie to give two very different vibes in the very same outfit: princess and businesswoman.

Of course, it's not the first time that Eugenie will have opted for a beautiful Erdem design. When she announced her engagement to Jack Brooksbank in January, the 28-year-old royal wore another floral number by the label, which she had also previously worn when she was interviewed by Harper's Bazaar back in 2016. Ahead, take a closer look at the difference a hat can make, then shop Eugenie's dress, as well as similar options for yourself.

by Monica Sisavat 44 minutes ago