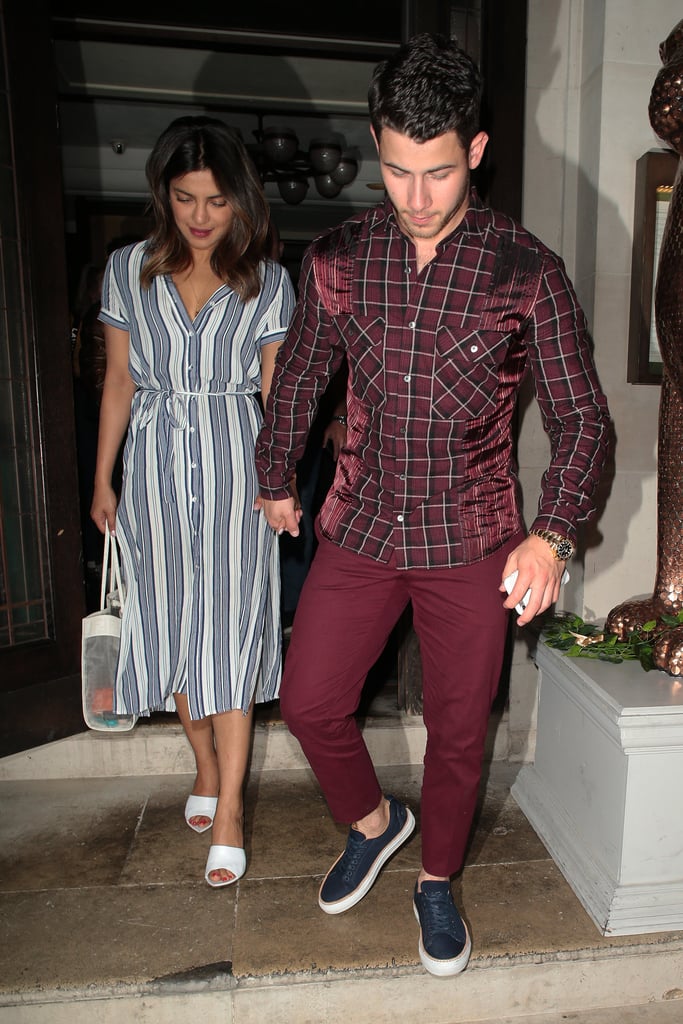 It looks things are still going strong for Nick Jonas and Priyanka Chopra. The couple kicked off Priyanka's 36th birthday festivities early by celebrating in London. The adorable couple met up with Nick's brother Joe and his fiancée Sophie Turner for dinner. For the double date, the actress wore a breezy Summer dress that looked simple at first.

Priyanka's striped midi dress featured buttons going down the front and when she walked we realised it also had a couple of daring splits. The actress isn't afraid of showing off some leg as she was just spotted wearing a hot-pink dress while on set of her upcoming film Isn't It Romantic. She finished her look off with a pair of white mules and a Fendi mesh bag. Read on to get a closer look and buy similar versions of her dress ahead.