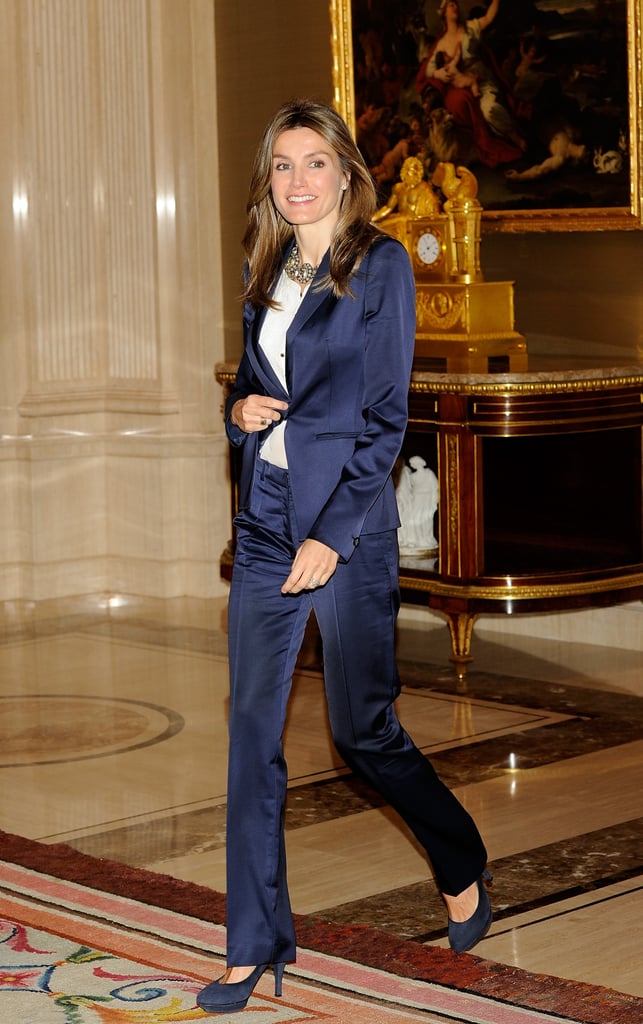 Queen Letizia of Spain has been setting European royal dress codes since she married her husband, Felipe, in 2004. A television anchor when she and Felipe met, Letizia and her style have evolved over the last decade. When Letizia entered public life, she was known for her love of separates; she wore business-like suit skirts and was a big fan of the blazer.

The intervening years have been exciting ones for Letizia. She and Felipe went from Prince and Princess to King and Queen following his father Juan Carlos I's abdication in 2014. Now, content in her senior royal status, Letizia is a little more comfortable expressing her personality through her clothes. That means that the Queen selects bold tiaras, jewel-coloured gowns, and form-fitting sheath dresses to wear at official engagements at home and abroad. Many compare Letizia's style to that of Kate Middleton of Britain or Princess Mary of Denmark, but we think Letizia has a look all her own — read on to see 44 examples of her exemplary style.