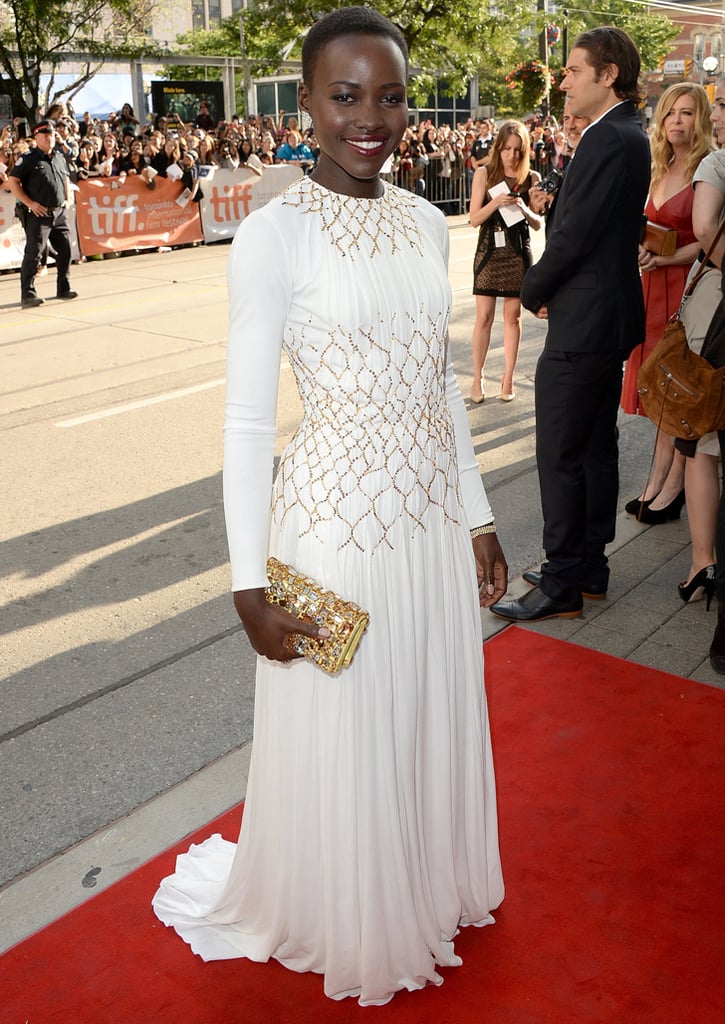 The Red Carpet Stakes Have Been Raised For Lupita Nyong'o

Now that Lupita Nyong'o has been declared People's most beautiful, the red carpet standout is in a whole new class of star. Sure an Oscar is nice, but how many actresses can say they've earned the coveted spot atop this list too? All that's left to do is wait for her next red carpet appearance — fortunately for this impatient crew, that wait will not be a long one.

Already confirmed for the 2014 Met Gala to wear Prada — a fitting choice as it's a label she's donned for such milestones as her first major red carpet appearance and earlier this year when she picked up her Oscar — the stakes have been raised in an already competitive field. Because not only has Lupita knocked us out wearing the design house in the past, she also will not be the first star to wear Prada to the Met Gala. Let's see what the most beautiful person is up against, shall we?