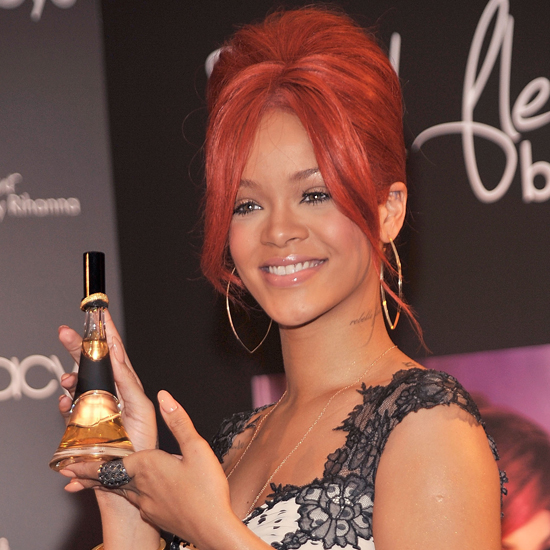 Rihanna's Reb'l Fleur fragrance ($35) has had banner sales since it launched, but her "racy" ads have led to some very creative Photoshop cover-up jobs, at least in Kuwait, where clothing was literally put back on her. Rihanna isn't the only celebrity who gets reclothed in some countries, but it is interesting to see what's deemed inappropriate for international marketing efforts.

Despite Kuwaiti disapproval of her abs, though, apparently RiRi is now hard at work on a flanker. Recently, she tweeted "I'm already started on fragrance #2 an extension of #RebLFleur Wore the sample last night and all the fly girls wanted some #Yummy." That's a rather rapid turnaround on a new scent, even by celebrity fragrance standards. What kind of notes do you think Rihanna's new juice should have?

Source: Rihanna Is Working on Another Fragrance Despite a Cover-Up