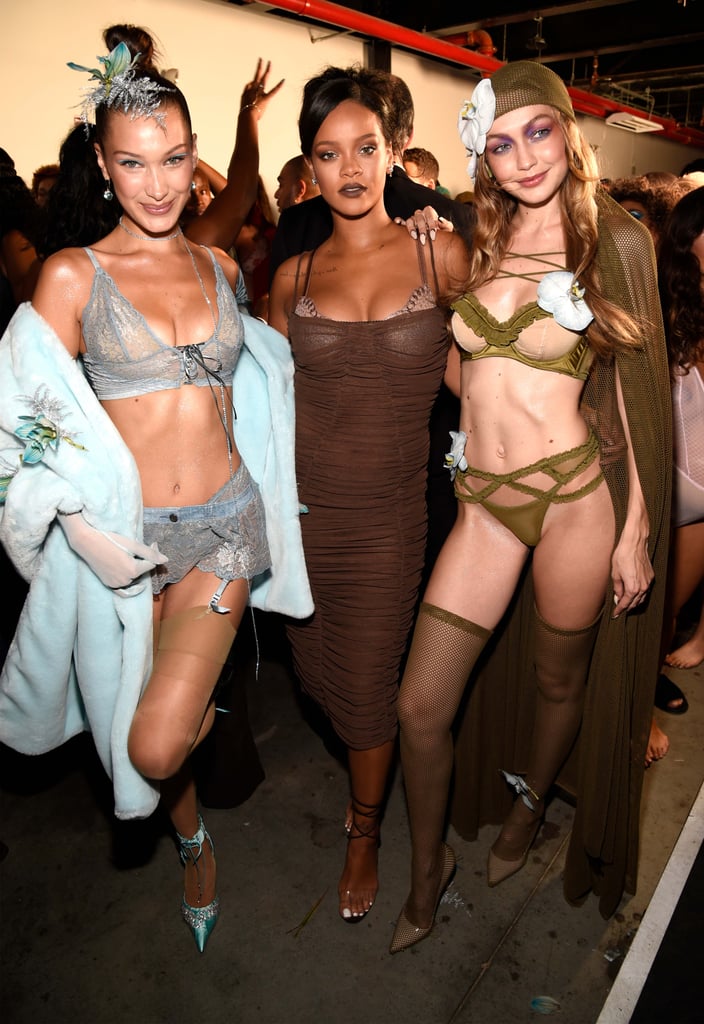 Rihanna sent shoppers and Fenty fans into a tizzy when her Savage x Fenty lingerie collection dropped online. Maybe it was the fact that the bra sizes range up to 44DDD or the insanely sexy bedroom accessories, but Rihanna's debut lingerie line was unlike anything we could've expected, which is why it makes perfect sense that her New York Fashion Week presentation would be equally as exciting. After skipping a runway show last season, Rihanna returned to the scene with an immersive experience to close out New York Fashion Week.

She debuted the new Savage x Fenty Autumn 2018 collection that immediately became shoppable on her website following the show. While it was Rihanna's first Fashion Week show without Puma, she completely exceeded our expectations and created an attention-grabbing show that rivalled that time she arrived on the back of a motorbike for her Fenty Puma show.

Her presentation, which took place in Brooklyn, introduced new silhouettes and featured different styles of underwear, including sport bras, edgy bralettes, leopard-print slips, oversize satin pyjamas, and lace bodysuits. Curve and pregnant models mingled on the runway with Gigi and Bella Hadid, dancing and laughing while surrounded by botanical domes, hydrophonics, and a waterfall. After a 14-minute-long show, Rihanna herself joined her team for a grand finale in her reimagined Garden of Eden. Read on to discover every single look from her latest collection, and relive the empowering moment by watching the recording of the show. Trust us when we say it's an experience you won't want to miss!

Summer Fashion
Dua Lipa, Miley Cyrus, and Bella Hadid Are Obsessed With This Jewellery Brand, and So Are We
by Alyssa Lapid 4 days ago