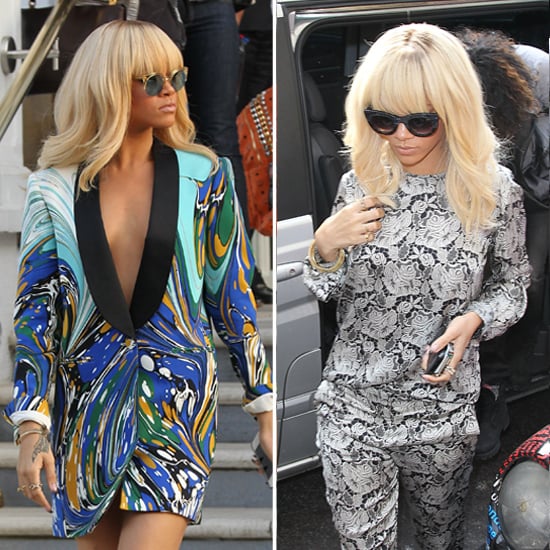 Yesterday in London, Rihanna embraced the local fashion scene by wearing not one but two Stella McCartney outfits. The Bajan beauty, who's in town to promote Battleship, stepped out of the Mandarin Hotel wearing a pyjama suit by the British designer. Later in the day, Rih Rih headed over to the Radio 1 studios in a swirl-print tux jacket worn as a dress. Her co-star, Brooklyn Decker also showed her love for Stella's designs by wearing a dress from the Spring Summer 2012 collection at their photocall. Which do you prefer out of Rihanna's two outfits?