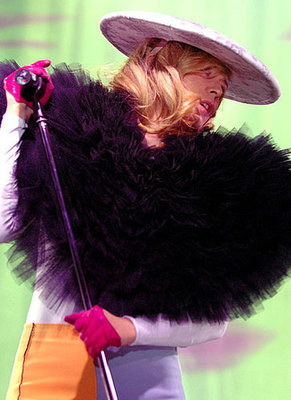 Irish pop sensation Roisin Murphy is no stranger to a catwalk show. In September she attended shows at London Fashion Week trying out lots of unusual pieces alongside classic chic ensembles. She even tried Gareth Pugh for size way before Beyonce got in with the British designer.

Today it has been revealed that Roisin's interest in the Spring shows might have been because she was gaining tips as it was announced that she will appear on the catwalk. Designer Alexandre Vauthier will head to London next week for fittings with Roisin ahead of his debut couture show next month.

Vauthier is currently the creative director at Lilith and has previously worked with Thierry Mugler and Jean Paul Gaultier. What do you think of Roisin appearing on the catwalk?