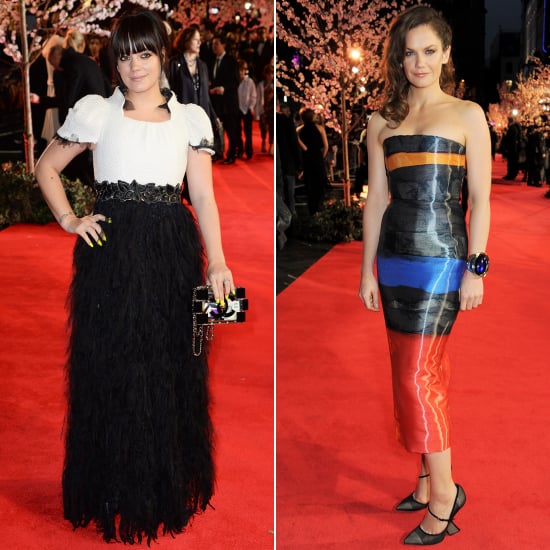 They may have been there to support the best in British film, but at the closing night gala premiere of Saving Mr. Banks at the London Film Festival last night, two well-dressed attendees looked to Paris for their outfits. It was a family affair for Lily Allen, who was there with sister Sarah to support their mother, film producer Alison Owen. Unsurprisingly given her longstanding friendship with Karl Lagerfeld, Lily chose a Chanel dress for her moment on the red carpet, teamed with a perspex Chanel clutch and fluorescent yellow nails. Meanwhile, sporting a very different look – this time courtesy of Christian Dior Haute Couture – Ruth Wilson (who stars in the film) shimmered in a strapless column dress with bright brushstrokes. These were two very different dresses from two Parisian powerhouses . . . but which did you prefer?