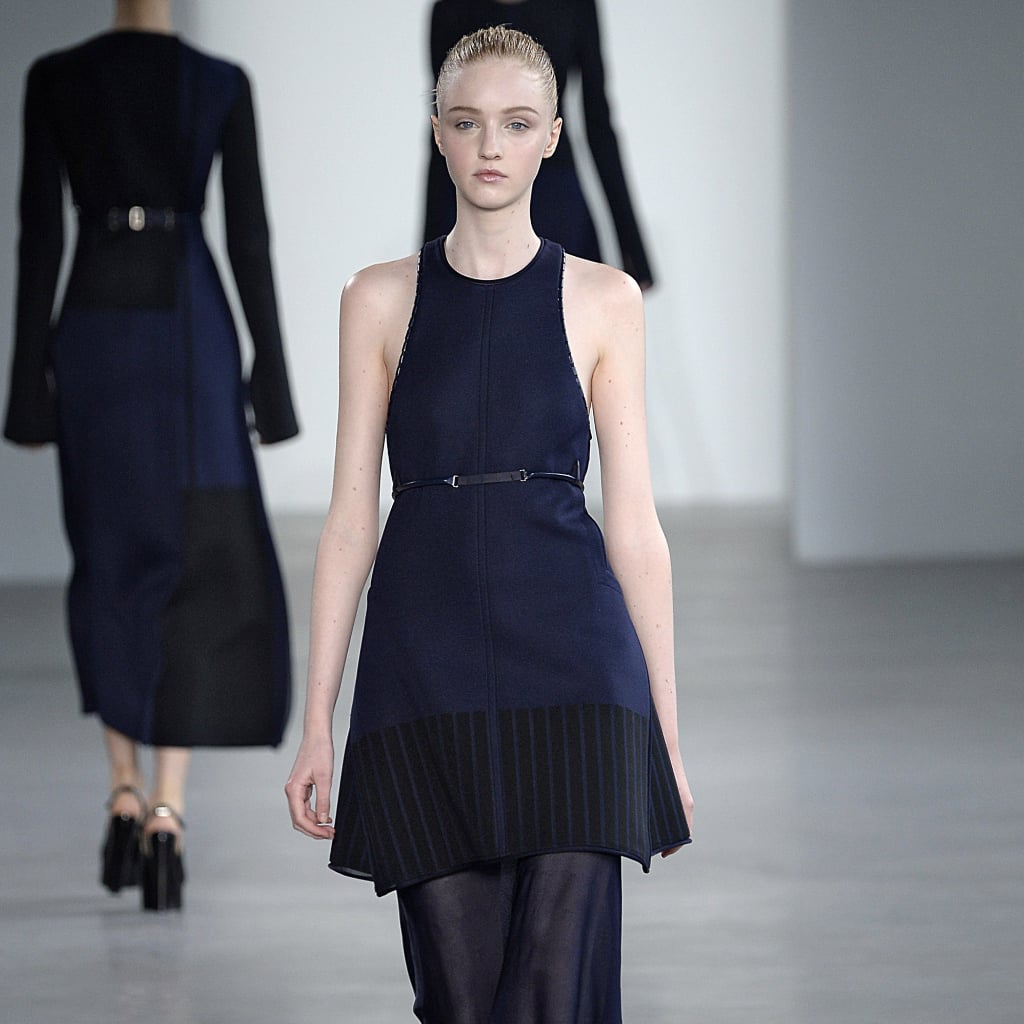 If SJP Is Already Wearing the Look, Calvin Klein Must Be Doing Something Right

When Sarah Jessica Parker took her seat in the front row at the Calvin Klein Collection Spring 2015 show, she may have already known what was in store in the moments ahead. A vision in blue herself, she surely should have felt proud of her outfit choice as a parade of models in varying shades of navy came marching down the runway. It was the predominant colour to be certain, though some warm whites and reds flitted in as well, but it was treated to so many different techniques, silhouettes, and fabrications that each new look felt completely different from the one that preceded it.

Creative Director Francisco Costa, long known for his mastery of this type of innovative construction, gave his latest lineup a more urban, aggressive feel than he did for Autumn. Though as minimalistic as ever, he showed an edge with combinations of coloured suede and leather as well as his experimentation with proportions — the skirts over sheer pants, in particular.

But perhaps the most polarising inclusion? The possible return of the sky-high, chunky platform heel. We're not sure how we feel about clomping around town in them, but we have a feeling SJP is already ordering a few pairs.