Some of the UK's biggest models joined forces with first lady Sarah Brown today to launch a campaign to raise money for the victims of the Haiti earthquake. Naomi Campbell, Erin O'Connor and Yasmin Le Bon were all present at the photocall at Somerset House where they revealed plans for a charity fashion show on 18th February. The Fashion for Relief show isn't the first time Naomi has got involved in a charitable cause. She has previously raised money for Mumbai following the terrorist attack and for those affected by the British floods. I can't wait to see who gets involved on the 18th February! 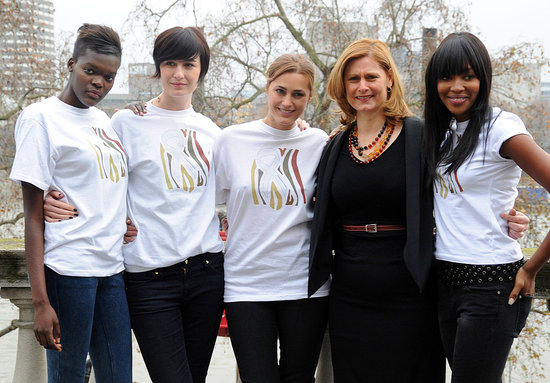