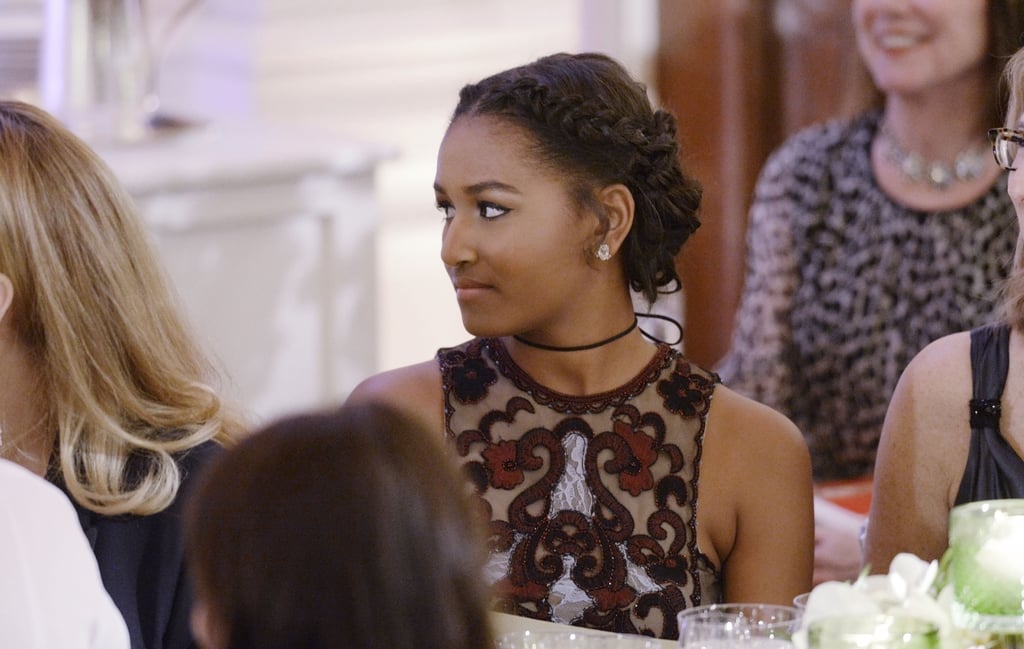 With First Lady Michelle Obama decked out in a gorgeous Jason Wu dress and her Canadian equivalent, Sophie Grégoire-Trudeau, in an equally stunning Lucian Matis creation, it was clear that Thursday evening's state dinner at the White House was an elegant affair. Michelle and President Barack Obama's daughters, Sasha and Malia, were able to get in on the fun too; both teens were able to attend their very first state dinner.

For the formal event, both Obama daughters wore intricate, elegant gowns from New York-based designer Naeem Khan. Seventeen-year-old Malia selected a cream-coloured, embellished strapless gown. Sasha, who is 14, selected a sleeveless dress with an intricate design. She completed her look with a very on-trend black choker.

In addition to wearing such stunning dresses, Sasha and Malia had great company. Sasha was seated next to a Ralph & Russo-clad Blake Lively, whose husband is Canadian actor Ryan Reynolds. The Obamas' run in with the Reynolds lead to one amazingly photogenic moment, in which Sasha had a chance to talk with Ryan — and Malia gave her younger sister a very encouraging two thumbs up.