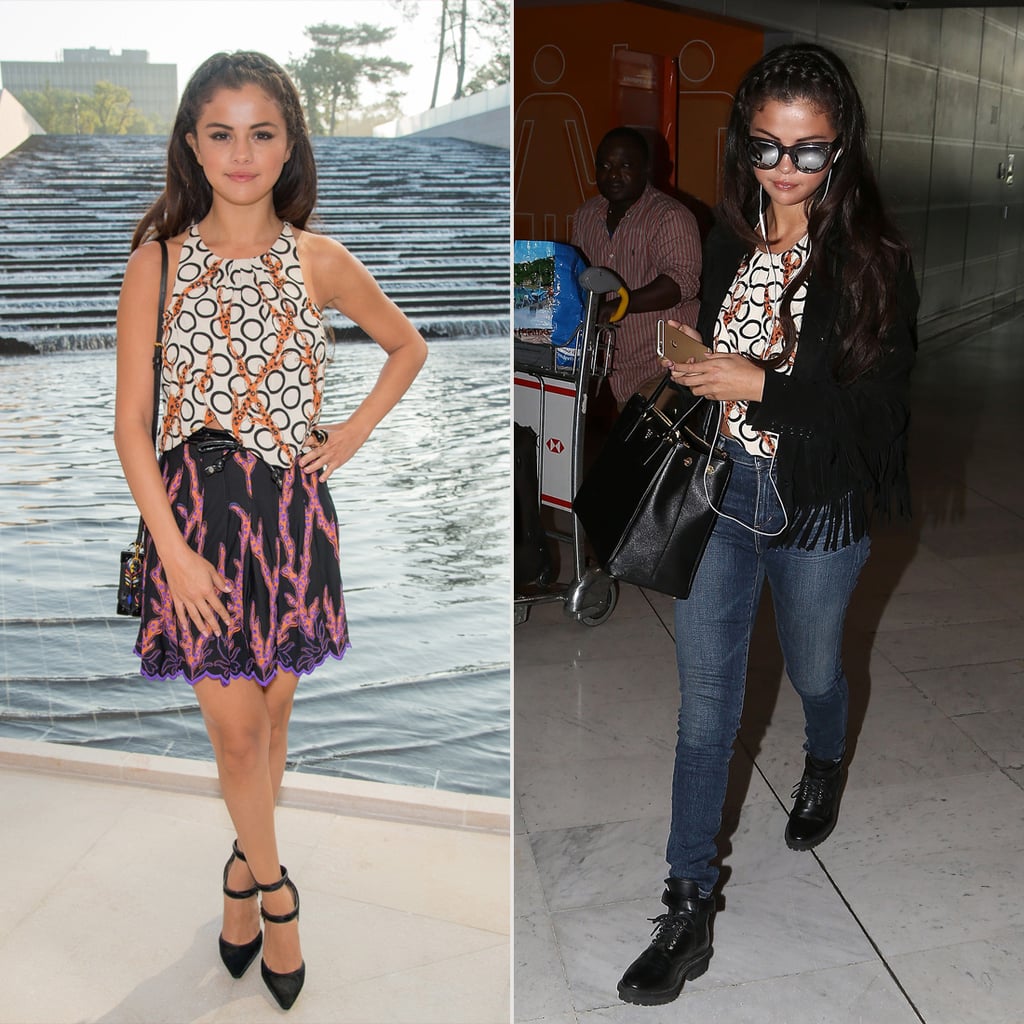 One of our favourite lazy-girl styling tricks has to be sporting the same top to two different occasions — all in 24 hours. It's a tough feat to pull off, sure — but Selena Gomez is clearly the master. After all, she wore an asymmetrical Louis Vuitton crop top to the designer's Spring '15 runway show — and she didn't take it off for her flight home. (OK, if we had such a cute graphic-print tank, we probably wouldn't want to change either).

But, given how different both of her looks were — the first a punchy, graphic ensemble from LV's Resort '15 collection, and the second a boho-grunge getup — she almost pulled one over on us. Nonetheless, we're taking utmost inspiration from her clever move and trying it out for our next event-filled day — even if it doesn't involve a trip to Paris. Scroll down for the breakdown of her outfits and three smart ways to make like Selena.