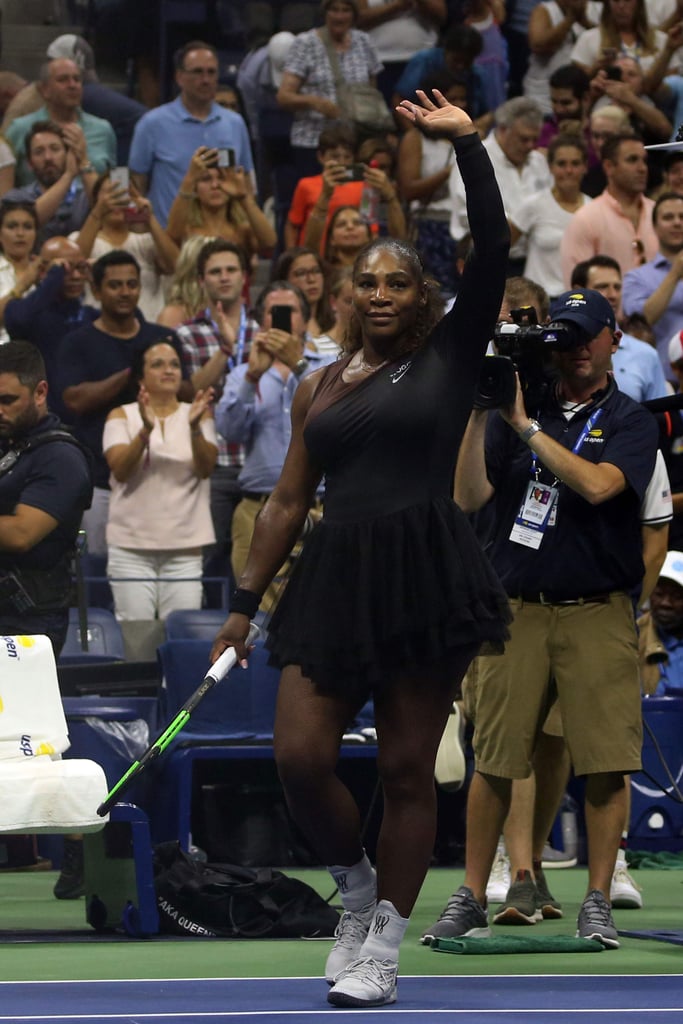 Serena Williams has turned the tennis courts into her own personal catwalk more times than we can count. And for this year's US Open, the sports superwoman took her look to the next level, hitting the tournament in a head-to-toe Virgil Abloh-designed Nike outfit that included a tutu and sparkly sneakers. Because, of course.

Just days after the French Open banned her badass black catsuit from earlier this year, Williams brushed her shoulders off and slayed the style game anyway, rocking an ensemble from the style world's biggest star. She entered the stadium wearing a top-stitched black bomber jacket over a black one-shoulder dress with tulle skirt, and let the jaw dropping commence. The finishing touch? Nike Court Flare 2 sneakers from Virgil Abloh's Serena-inspired "Queen Collection for Nike (they're emblazoned with "SERENA" on one sole and "QUEEN" on the other).

Ban be damned, Serena scored a fashion win at her opening match (oh, and she defeated her tennis opponent, too). See her excellence in its entirety ahead.