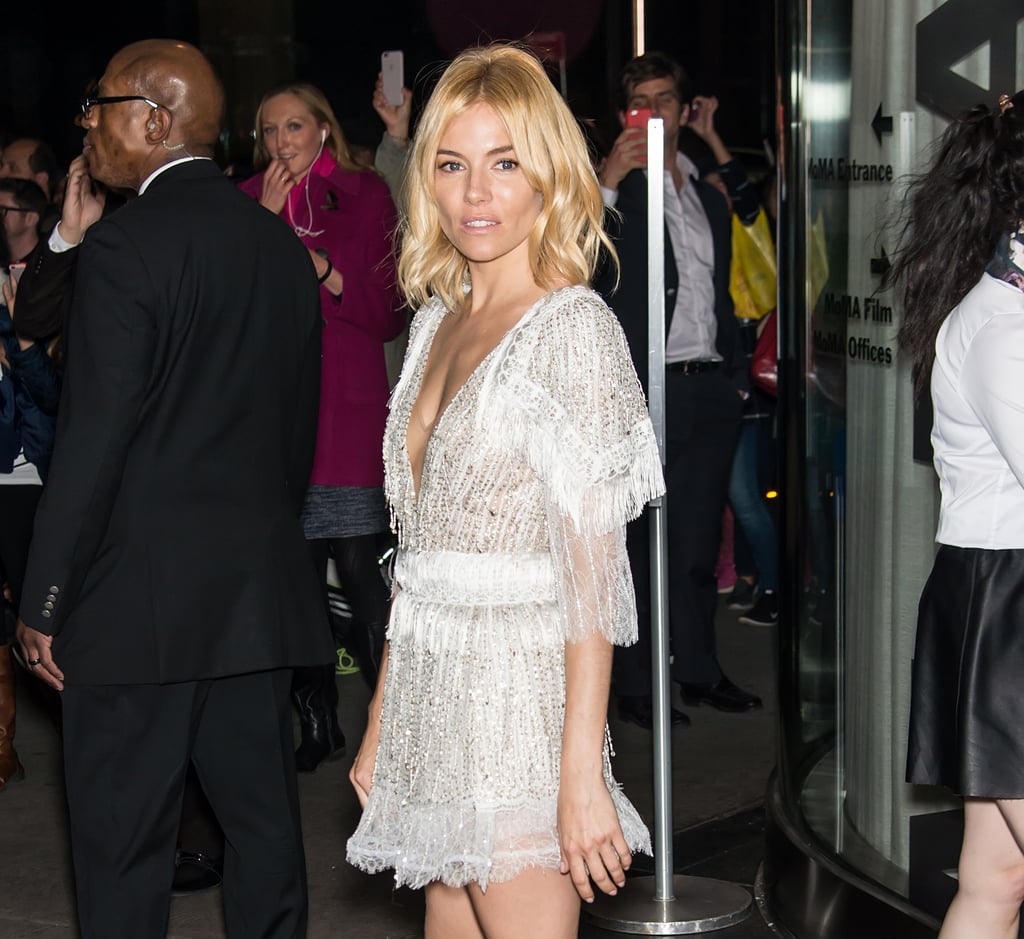 Stylist Kate Young can do no wrong. Most recently, Kate oversaw the dramatic style evolution of Selena Gomez. Now, Kate's working with Sienna Miller during the actress's press tour for her new film Burnt.

Last night, the team of Sienna and Kate proved that they're absolute pros when it comes to red carpet dressing. Sienna wore a short and sexy Rodarte dress to the film's New York City premiere, pairing the daring look with a pair of sparkly (and killer) Christian Louboutin strappy heels. The hand-beaded white and gold dress with fringe was straight off the runway, as the piece was part of Rodarte's Spring/Summer 2016 collection — now, Sienna's the latest celebrity to rock a piece fresh from the Spring 2016 shows.

We've been raving about Sienna's new, polished style for a few months now, and this look proves that the former boho fashion plate is officially all grown up style-wise. Take a closer look at her exquisite Rodarte look here, and see a few similar looks you can shop right now.