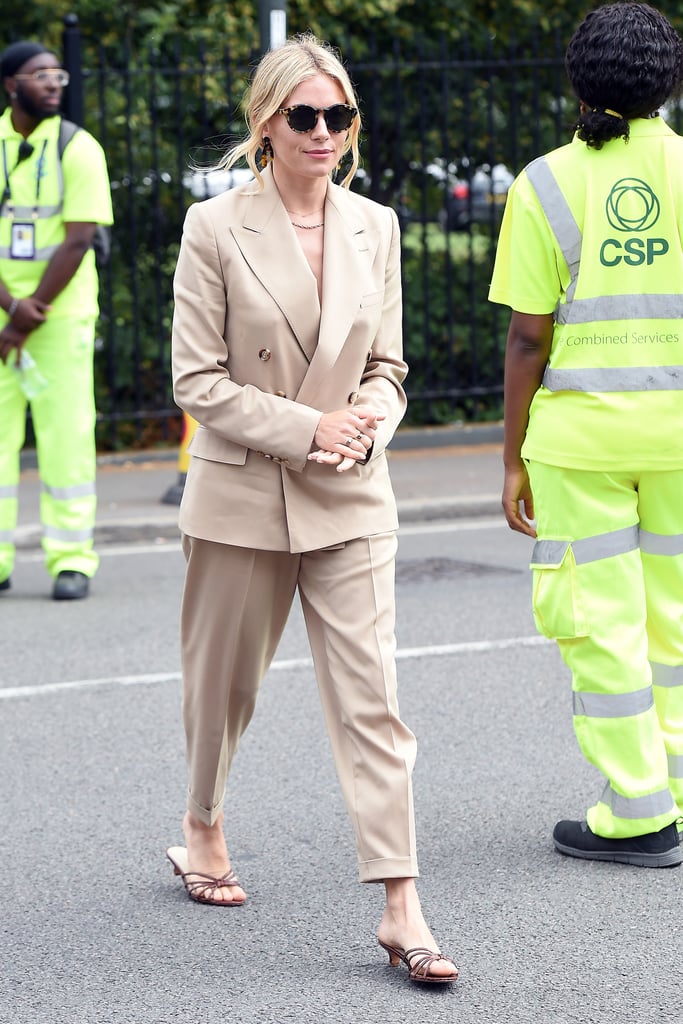 Beige is such a fresh alternative to Summer whites at Wimbledon. As much as beige is meant to blend into the background, a well-styled, head-to-toe neutral look can make a strong style statement. A minimal and understated yet classic and ultracool kind of statement.

We love that Miller's tonal look played with varying shades of chocolate. Her latte-coloured suit was beautifully contrasted by her sandals in a rich shade of mocha. The midheel mule is definitely the shoe of the moment by adding a laid-back, casual '90s vibe to any outfit. Pippa Middleton is also a big fan of this shoe silhouette as she wore a similar style with her Stella McCartney dress to Wimbledon earlier this week.

While we love Miller's suit and sandals, her sunglasses and earrings also deserve a special award. The tortoiseshell finish has definitely been bubbling up in popularity. We're keeping our eyes on this offbeat animal print to join the ranks of the ubiquitous leopard, snakeskin, and mock croc prints.

Keep reading for all angles of Sienna's winning Wimbledon look and where to buy similar pieces.

Related:
The Duchess of Cambridge Looked Like She Was Having the Time of Her Life at Wimbledon
Previous Next Start Slideshow
Celebrity StyleBritish CelebritiesShoppingCelebrity Street StyleGet The LookWimbledonSuitAll AnglesRalph LaurenTrousers