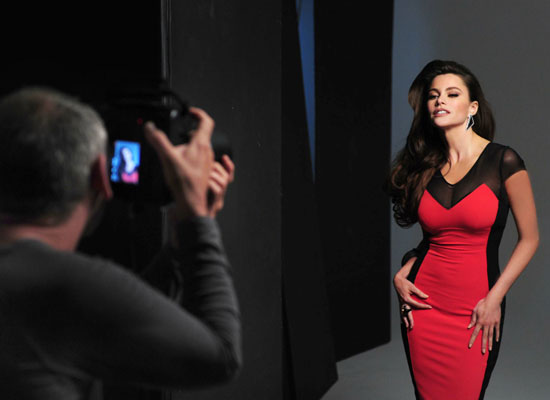 "So happy to be the new @CoverGirl," shared Sofia Vergara on her Twitter account earlier today. Sofia, one of the stars of Modern Family, is currently shooting her first ad campaign for the beauty brand, for which she also gave a preview on her Facebook page. "I've always had a very good relationship with makeup; it's one of my favorite things," she told People, adding, "I love that I have the Latin flavor; Latin girls can relate to me, see what I'm wearing, see my makeup, my hairstyle."

Sofia joins an impressive list of celebrity spokesmodels who are currently representing the line, including Ellen DeGeneres, Queen Latifah, Drew Barrymore, Dania Ramirez, and Taylor Swift. Expect to see Sofia's CoverGirl advertisements out in January 2012, but until then, tell us what you think of the new collaboration.