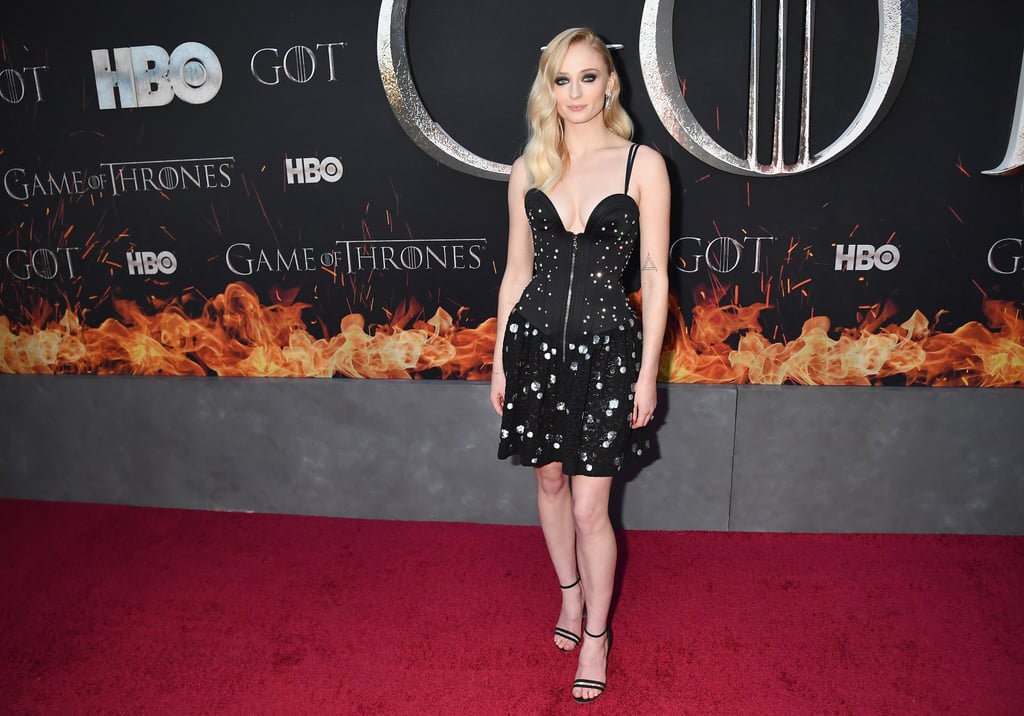 The cast of Game of Thrones celebrated the end of an era on Wednesday night, when they came together for the premiere of the final season of the HBO show. Though they'll no doubt reunite as we head toward the finale, this epic event did mark one of the last times we'll see the whole cast together, so it's no surprise they all pulled out the stops when it came to their outfits.

Sophie Turner, who arrived on the arm of her fiancé Joe Jonas, was one such star, picking a Louis Vuitton look first shown less than a month ago during Paris Fashion Week. The Fall/Winter 2019 look comprises a plunging zip-front bustier top with a star print and a black lace skirt with embroidered silver spots, and Sophie teamed it with black sandals with Perspex heels and some seriously stunning diamond earrings. Not only did Sophie's look complement her beau's grey Prince of Wales check suit, it also matched her best friend (and future maid of honour) Maisie Williams's similar black and silver Miu Miu gown. Keep reading to see for yourself, then get a look at some of Sophie's other sexy red carpet moments.