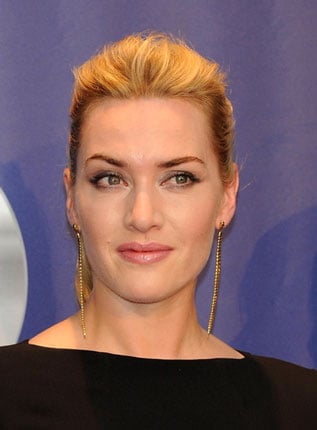 Apparently, Kate Winslet, Emma Thompson, and Rachel Weisz have even formed a "British Anti-Cosmetic Surgery League," eschewing cosmetic surgery altogether. "It goes against my morals, the way that my parents brought me up, and what I consider to be natural beauty," Kate told the Telegraph. "I am an actress; I don’t want to freeze the expression of my face."

Plenty more stars have things to say when it comes to going under the knife. Take the quiz now to see if you can guess who said what on the often-controversial subject.

Source: Can You Guess These Stars' Opinions on Cosmetic Surgery?

Can You Guess These Stars' Opinions on Cosmetic Surgery?

Which star, who celebrates her 30th this year, said, "When it's time to pull and tuck, I'm sure I will consider it"?

Which celebrity mom said, "I got my boobs done in my early 20s, and if I had known it would or could possibly have impacted production of milk, I would never had had them done"?

Who quipped, "I have never had plastic surgery, and there are many pop singers who have. I think that promoting insecurity in the form of plastic surgery is infinitely more harmful than an artistic expression related to body modification"?

On cosmetic surgery rumors, who said, "I heard about some ridiculous amount of money that I spent on my face, which I think is absolutely insane"?

Which 30-something star said, "As long as people are aware of potential risks, and they're working closely with a doctor, I say, 'Go for it'"?

Celebrity Beauty
Bretman Rock Got a New Tattoo to Honour His Playboy Cover, and the Placement Is Oh-So Sexy
by Victoria Messina 1 day ago

Celebrity Beauty
Zendaya Has Experimented With Every Type of Fringe, but Her Latest May Be Our Favourite
by Yerin Kim 2 days ago

Hair
First Megan Thee Stallion and Now Saweetie? Red Hair Is Definitely Having a Moment This Autumn
by Victoria Messina 5 days ago