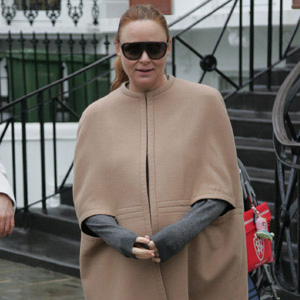 Congratulations are in order for Stella McCartney who gave birth to her fourth child last night in London. The designer under went an emergency caesarean at the Portland Hospital. According to reports, there were no health problems.

Stella and her husband Alasdhair Willis already have three children; Miller, five, and Beckett, two, and Bailey, three. She announced that she was pregnant back in June and was spotted out last week looking ready to give birth!

Congratulations to the growing family.