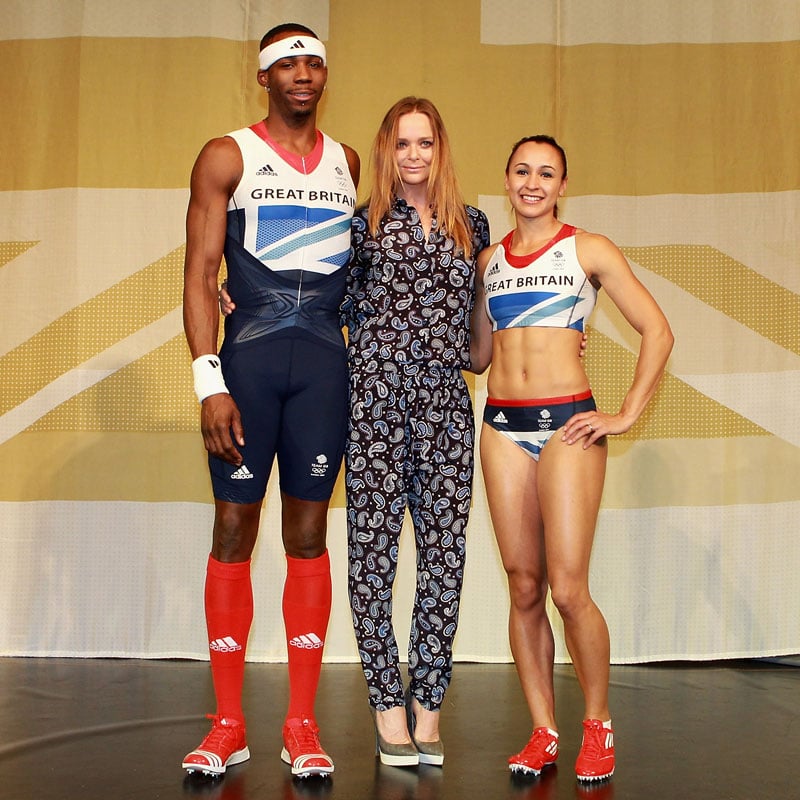 Yesterday at the Tower of London, Stella McCartney revealed the Union Jack-inspired kit she has designed for the British Olympic team. More than 30 athletes including triple jumper Phillips Idowu and heptathlete Jessica Ennis swapped the sports stadium for the catwalk as they modeled the red, white and blue Adidas outfits. A pixellating grid runs across the two-tone blue flag emblem that adorns the chest, and shinpads and shoes are bold in red. Speaking about the Union Jack, the 40-year-old British designer said:

"For me it's one of the most beautiful flags in the world and it was important for me to stay true to that iconic design but also to modernise it and present it in a contemporary way. Ultimately, we wanted the athletes to feel like a team and be proud with the identity we created."

Stella worked with Adidas for more than two years perfecting the clothing, which 900 British Olympic and Paralympic competitors will wear in competitions, at medal ceremonies and during training. She has designed 590 different items that not only look patriotic but also aim to maximise efficiency across the 46 sports. Take a look at Team GB's designer kit here!