If you don't know that tartan is a key Autumn trend by now then where have you been?! The trend appeared on the catwalk at Dolce & Gabbana which is exactly where this funky shirt dress came from. Most of you were impressed by Kimberly Stewart wearing this dress a few weeks ago but now Gossip Girl star Taylor Momsen has also been spotted rocking the same style. Both teamed the dress with lace-up ankle boots but Kimberly also added in a belt. Who do you think wore it better? 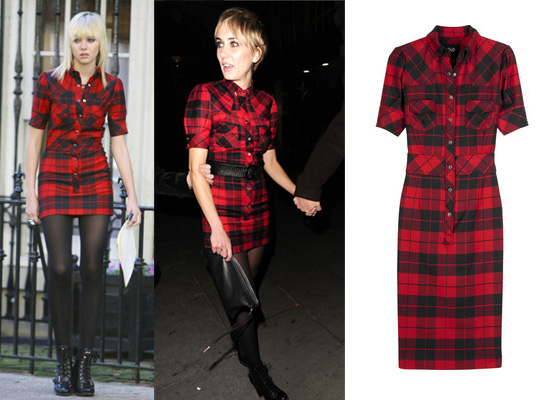