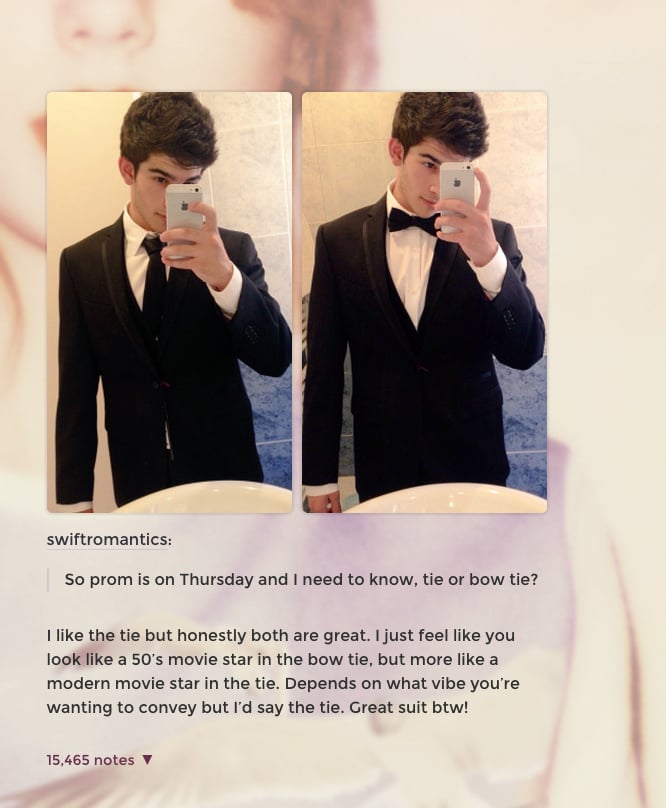 Taylor Swift Just Gave 1 Fan Fashion Advice For the Prom, and It Was Epic

We admit it, there are plenty of times we've picked an outfit solely based on the question what would Taylor Swift wear? But we never imagined we might have the opportunity to actually get style advice from the superchic pop star. OK, so maybe personalised counselling from Taylor isn't in our near future, but one fan received the ultimate surprise when Taylor responded to his outfit query on her Tumblr account.

Tumblr user swiftromantics wrote, "So prom is on Thursday and I need to know, tie or bow tie?" and Taylor responded, suggesting that he go with the tie while also complimenting his choice of suit. And while there was no offer from Taylor to tag along to the event, we're sure this is still a prom swiftromantics will never forget. Read on to see the whole thing go down, and prepare to be seriously impressed by Taylor's thoughts on proper prom attire.