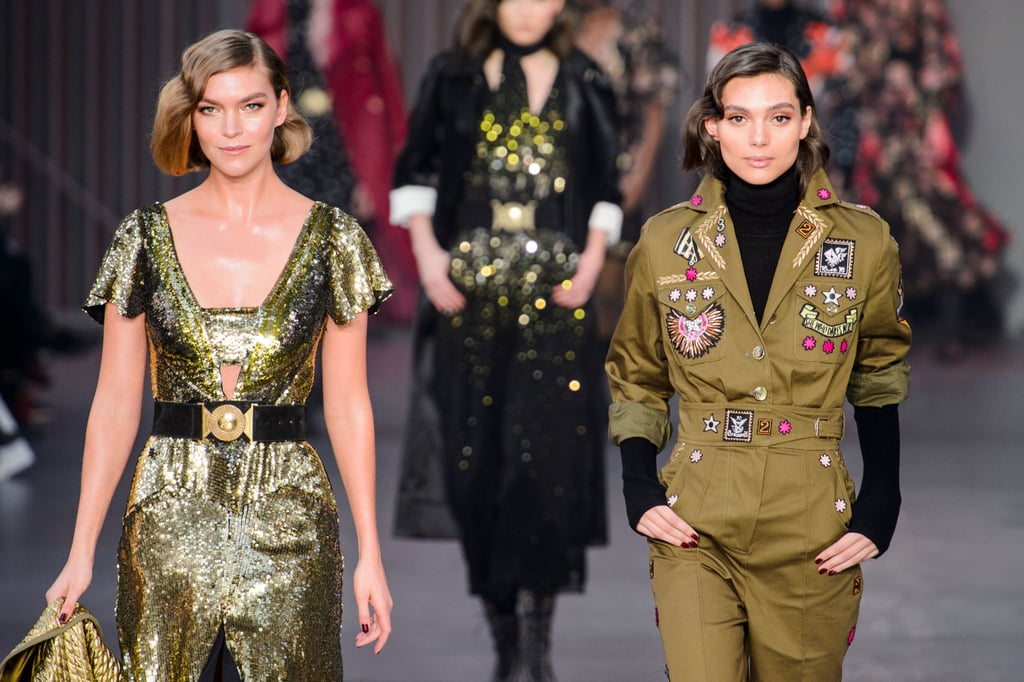 One of the mood boards for the Temperley show featured cloud prints and art deco details surrounding photographs of Amy Johnson, the first female pilot to fly alone from Britain to Australia. This set the tone for the show, which celebrated female trailblazers. Johnson's aviation was the key theme, but in true Temperley style, there was some serious glamour thrown into the mix.

The patch-covered flight suit that opened the show also came as a full-skirted dress coat, and the beautiful military-inspired jackets topped sparkly dresses in shades of old gold and green or delicate, embroidered dresses that would be better suited to a garden party than a round-the-world flight. The cloud print was rendered in silky blazers, maxi skirts, and dresses with cutout shoulders. For evening, Johnson's heydays of the 1930s provided plenty of inspiration, as models sported fluid silk gowns decorated with sparkling art deco details with scarf ties and decorative backs. There was plenty here to appeal to Alice Temperley's core fan base (which, of course, includes the Duchess of Cambridge), but also enough surprises to pull in a cooler, young consumer. Because if the jackets don't get you, the flat lace-up boots will!