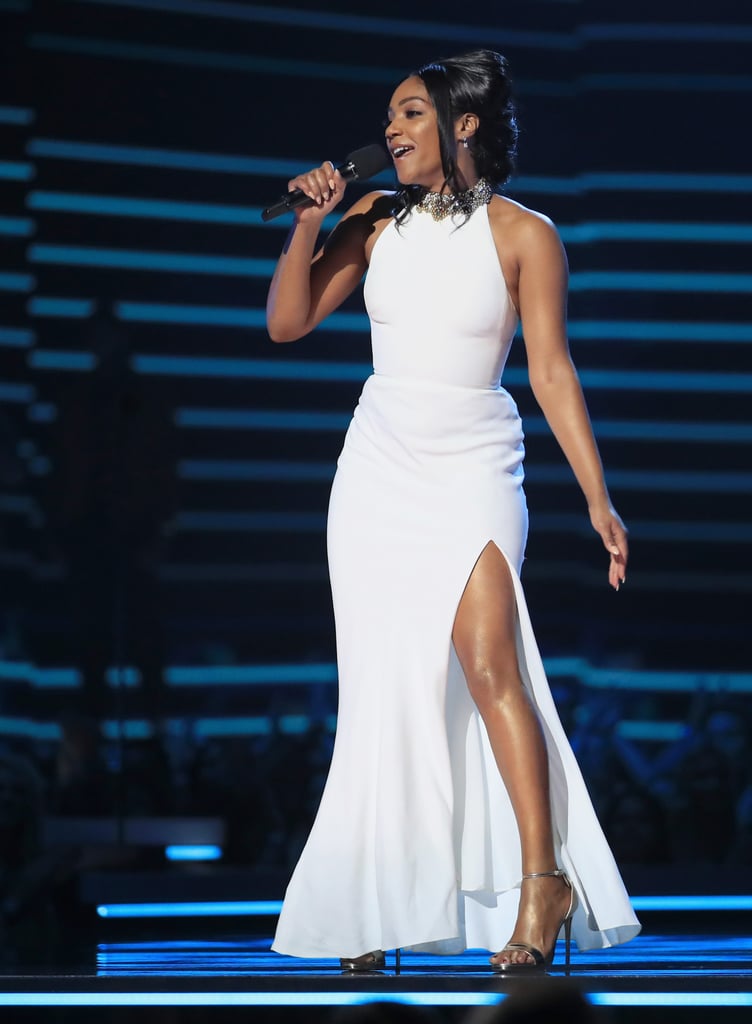 OK, Tiffany Haddish, we bow down to you and your ability to bring back a stunning gown time and time again. While the 38-year-old comedian hosted the MTV Movie & TV Awards, she had a number of outfit changes, which included a quick slip back into a timeless classic: her white Alexander McQueen dress.

Does the white gown look familiar? Well, that's because Tiffany has actually sworn to wear this sleek dress "multiple times," and she's already broken it out, not once, not twice, but three times before, most recently at the Oscars in March. This time around, however, she paired the dress with her silver strappy heels instead of her comfy UGG slippers. Find yourself an icon who can do both. Ahead, see the dress from all angles during Tiffany's night of hosting.

Related:
Kim Kardashian Walked the Red Carpet With Her Mom But It Was Her Sexy Outfit That Stole the Show
Previous Next Start Slideshow
Celebrity StyleTiffany HaddishMTV Movie And TV AwardsAll AnglesAlexander McQueen
Around The Web