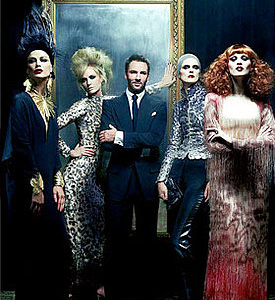 Tom Ford has just announced plans to show his latest womenswear collection in London! The designer presented his last clothing line in New York to a carefully selected audience and released the images at a much later date. It will be a similar set up when he comes to the UK as it is added, there "will only be a small presentation for international monthly magazines."

The exact date and location are yet to be announced, but it's sure to be at a luxurious venue. Last season, Julianne Moore, Lauren Hutton and Beyoncé appeared in the catwalk presentation, but I wonder who he'll snap up for Autumn? London Fashion Week kicks off on 18th February so stayed tuned for more news and catwalk reviews.