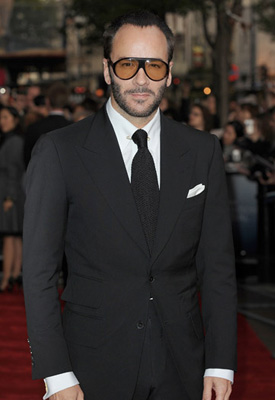 It's the news that women across the globe have been waiting for, and now it seems that the wheels are in motion for it to happen as Tom Ford announces plans to return to womenswear. The American designer is famous for his work with Gucci in the late '90s, but in recent years has been focusing on menswear and film as his directorial debut is premiered around the world.

Last night, Tom was in Tokyo for the premiere of A Single Man and spoke to WWD about his plans for the future, "Financing is extremely expensive right now, so if we find financing in the right situation we’ll be able to start [a women’s collection] soon."

He added, "It will take me 18 months when I start, because [I have] to hire the team, find the factories, put everything together and then get the stores ready so there’s a place for these clothes." I would definitely be interested to see Ford's interpretation of womenswear, are you interested in his return?