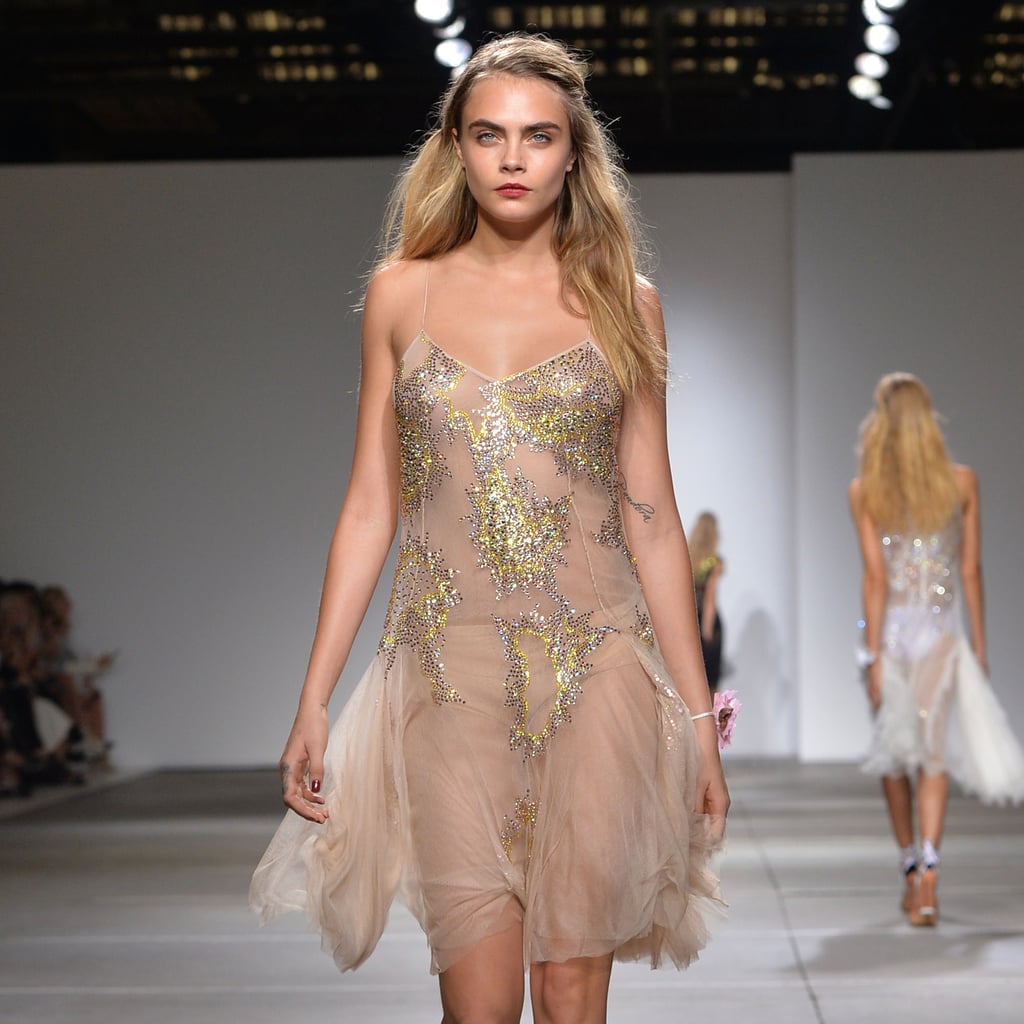 To a front row that included Alexa Chung, Hailee Steinfeld, and Sophie Turner, Cara Delevingne opened the Topshop Unique show by strutting down the runway in a frill-trimmed white dress with a sporty bodice and red panels, toting a shiny blue barrel bag. It set the pace for the rest of the collection, which paid homage to the "faded glamour of the British seaside." But a classic nautical show this was not. Though the palette included plenty of white, red, and blue, we were not treated to the usual tired old sailor pants and breton stripes.

Instead, the Topshop design team looked to the kids who live their lives in these British seaside towns, donning casual but cool sportswear by day, and dressing up to the nines in sparkly dresses by night. From off-the-shoulder crop tops with frilled edges to accordion pleat skirts, sporty zippered jackets, and striped dresses seemingly inspired by wetsuits, the daytime separates will fly off the shelves. And for those long nights of partying on the pier? The show closed with a series of showstopper supersheer dresses covered in sparkly embellishment; the fashion version of the Blackpool Illuminations.