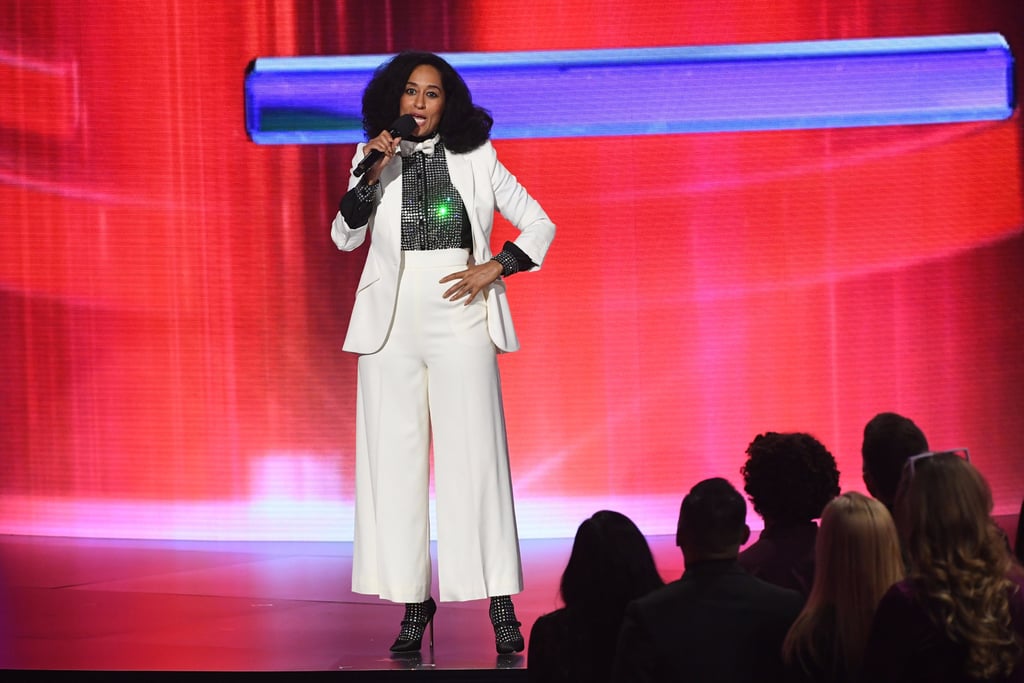 It was hard to pick our favourite look on Tracee Ellis Ross at the 2017 AMAs. The host made several dramatic outfit changes throughout the night, but perhaps the most special was a white trouser suit set with a crystal-embellished blouse, inspired by the one Tracee's mum, aka Diana Ross, wore while performing with Michael Jackson in 1981. The duo wore matching white suits and glittery tops, and Diana accessorised with sequined booties. Fast-forward 36 years later, and Tracee re-created their entire outfit, right down to the bow tie. This special tribute was no accident, as Diana received the Lifetime Achievement Award at the show. Scroll through to see the can't-miss moment, because it just might melt your heart.