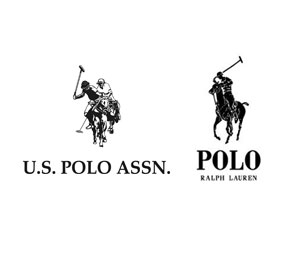 Would you be confused by these two logos? On Friday, a New York federal judge seemed to think so, ruling that the US Polo Association (USPA) cannot use a horse-and-rider image, along with the word "polo," when marketing its own fragrances.

As you might imagine, the USPA disagrees with the ruling, especially since a 2006 jury found that the double horseman image, when accompanied by the USPA logo, did not infringe upon the apparel market. So it looks like the USPA will be considering an appeal on this one, particularly because the logo/image dispute has been going on for years between the two organizations. When it comes to fragrances, would you be befuddled by the similar appearances of both brands' logos?