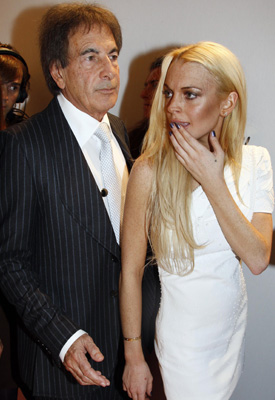 One of the most controversial fashion decisions of the year was the appointment of Lindsay Lohan as artistic adviser to Ungaro. Despite heavy criticism for her first collection, CEO Mounir Moufarrige defended her saying, "The criticism was harsh. I am sure we can do better in the collection to be honest but I think it was harsh."

It has now just been announced that Mounir has resigned from the house. He has been at the company since 2006 and will reportedly continue to advise. Lindsay will remain in her position.