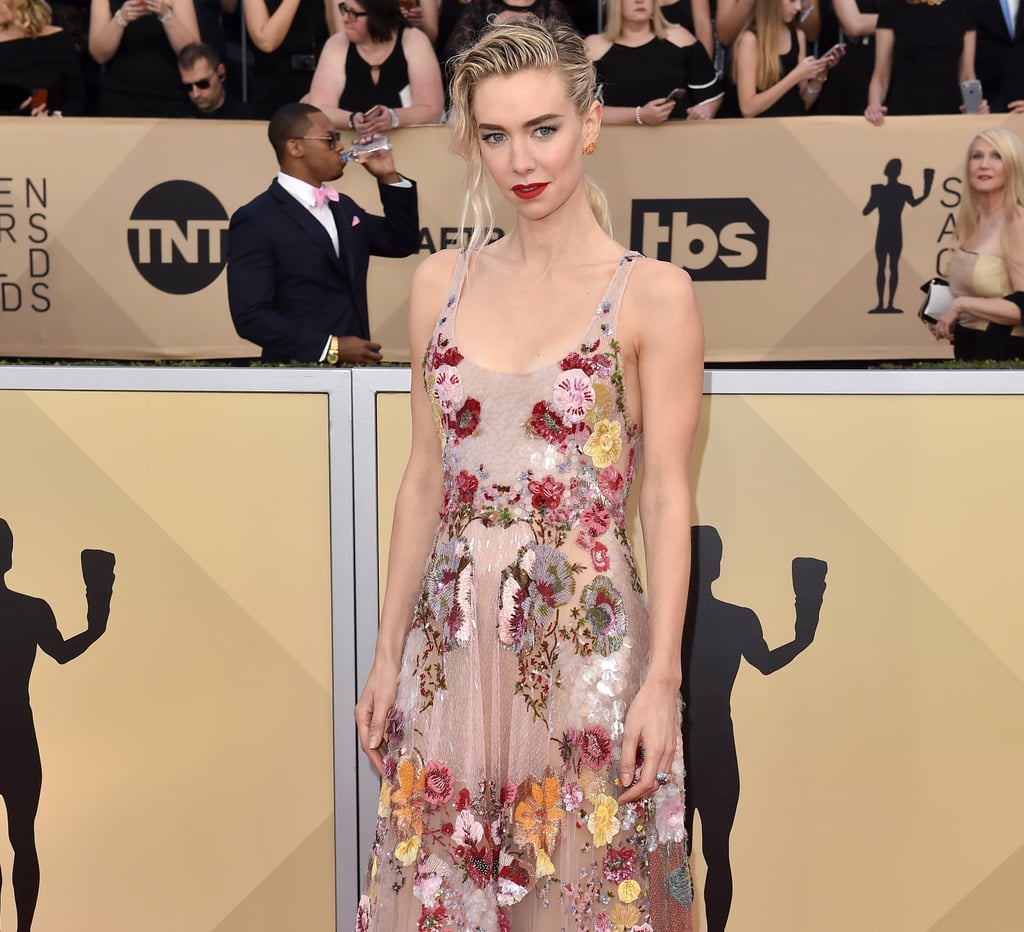 Vanessa Kirby May Play a Princess, but When It Comes to Fashion, She's Queen

Vanessa Kirby won us over across two seasons of The Crown with her emotional portrayal of Princess Margaret, and off-screen, the British actress is just as glamorous and enchanting, with a fearless approach to fashion that's seen her wowing us on red carpets left, right, and centre. When she first arrived on the scene, Vanessa was courted by London Fashion Week's biggest names, and she soon became a fixture on front rows, frequently borrowing key looks from designers to wear at film events. Since The Crown made her a global star, international brands have stood up and taken notice of the blue-eyed blonde, and she's been spotted in designs from the likes of Dior, Louis Vuitton, Elie Saab, and Giambattista Valli. Artfully mixing elegance and edginess, she'll add an unexpected touch — whether that's wet-look hair or statement sandals — to each outfit, and that ensures we never tire of seeing her on the red carpet. As Vanessa hangs up her tiara to take on a role in a blockbuster movie, we're taking a look back at her fashion evolution.