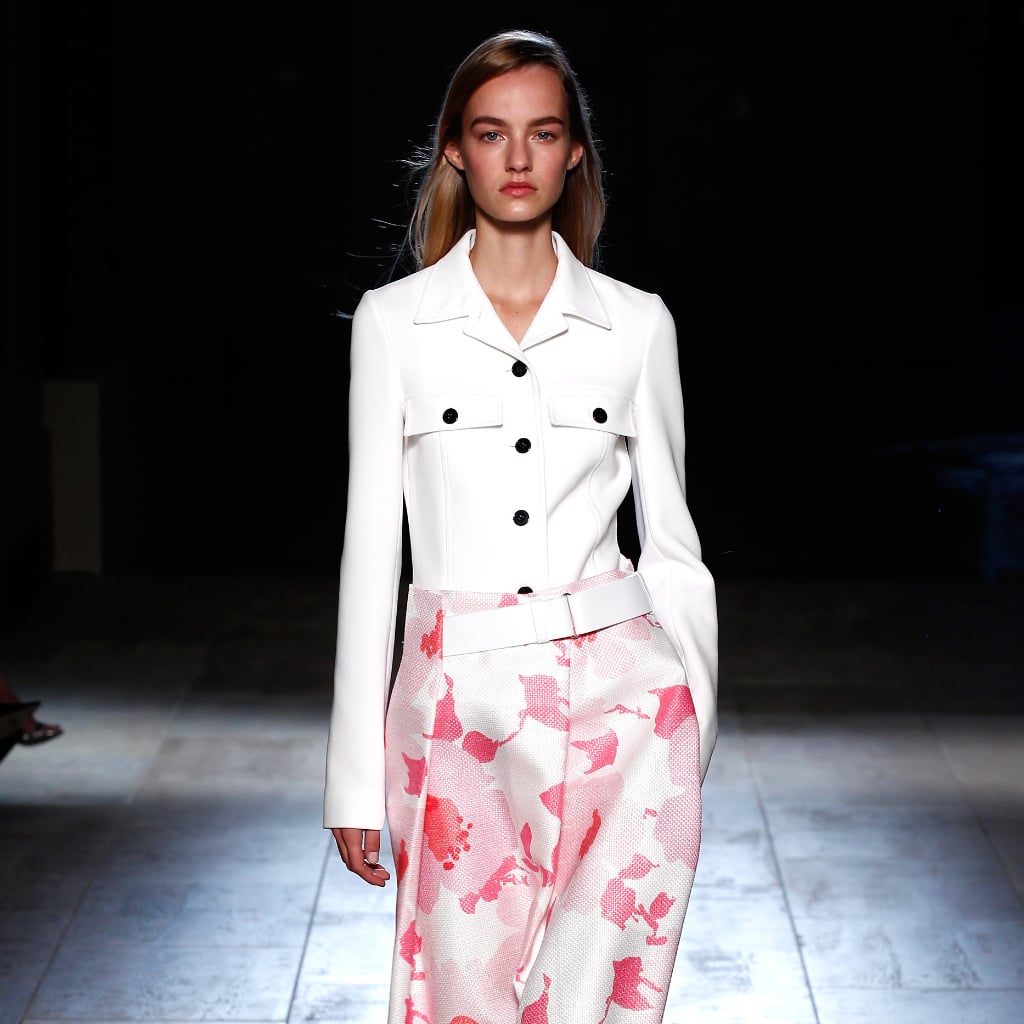 You can count on a couple of things at a Victoria Beckham show: David and the kids sitting front row and a set of sleek, chic sheaths that are as posh as the designer herself. This time around, we still caught her husband — who brought Brooklyn along for the Spring '15 runway — sandwiched between Anna Wintour and Grace Coddington. But, more unexpectedly, this season's evolution brought safari-inspired separates and the designer's first foray into florals.

All with a '70s spin, Victoria first sent sculptural trench waistcoats, coats, and button-down khaki shifts plus utility-style shirtdresses to open the show before delivering wide black-and-white-striped skirts and a long-sleeved maxi. While the mood was retro, the execution is characteristically Victoria — impossibly polished. Even her version of Spring florals is crafted the same way, albeit a bit more playfully. Bright bits of pink and yellow flowers are washed onto culottes, a smart suit, and a little shift — giving the collection a bit more lightness in its final few moments. And while the florals were a surprise, the real star of this show was the debut of Victoria's footwear, a mix of platforms and white, floral, and leopard-print flats — yes, Victoria Beckham gave us flats.

Identity
Is Fashion Finally Ready to Move Beyond Gendered Style?
by Natasha Marsh 6 days ago