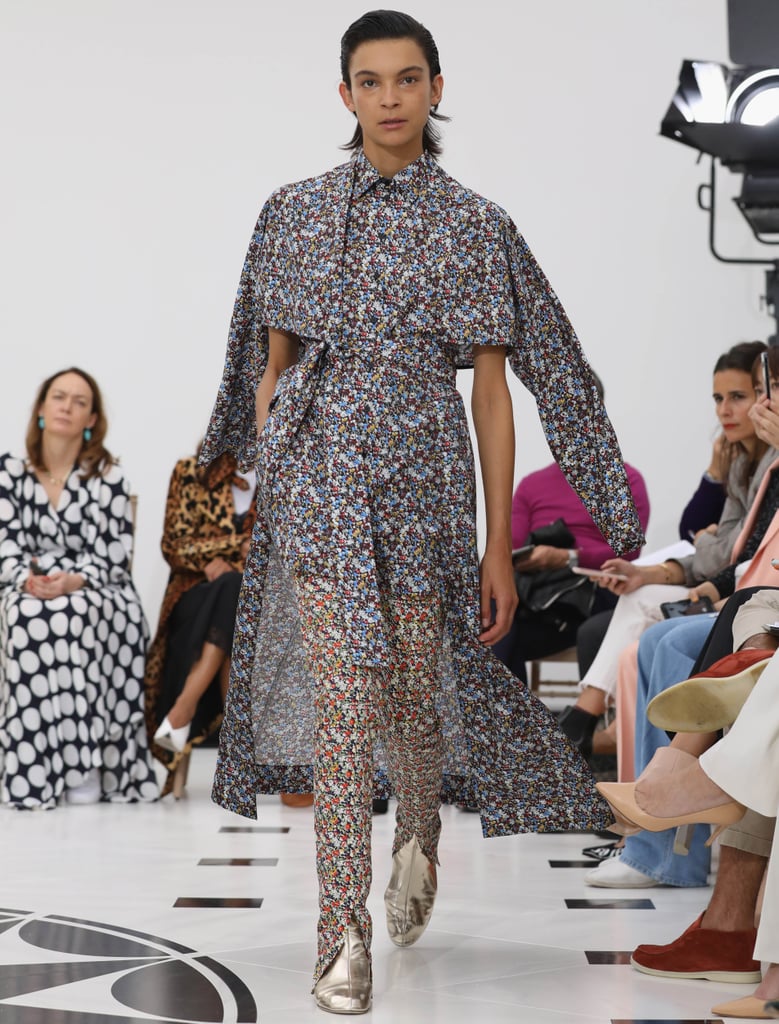 Victoria Beckham made a triumphant trip home to London for her 10 year anniversary, and with her adorable family watching from the sidelines, she presented her first ever London Fashion Week show. These were grown-up clothes for women who like their good taste to whisper, not shout. You'll want the skinny-leg pants with splits at the ankle, for layering under dresses and asymmetric-hem skirts. You'll want the white suit jacket and the collage lace skirt, and you'll definitely want the black evening wear, which we're sure Victoria's fans are writing orders for as we speak. While other designers used their 10 year anniversary show as a retrospective, the artist formerly known as Posh chose to use it as an opportunity to evolve everything she's learned so far and to look forward, with the designer herself explaining, "It explores the codes of the brand, the identity I've built up over the ten years since my first show." Take a look for yourself ahead.