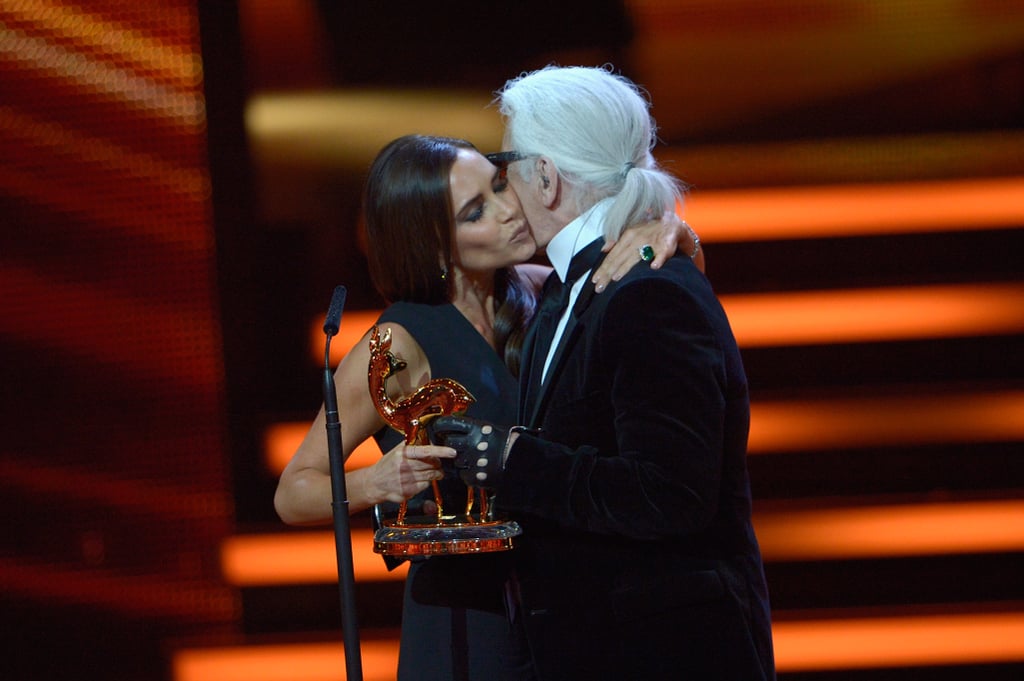 Karl For Ever. Yesterday, the fashion industry gathered at the Grand Palais in Paris to attend Karl Lagerfeld's memorial service. Although Victoria Beckham was unable to attend, she made sure to share a beautiful tribute for her dear friend on Instagram.

"Thinking of Karl today and the memorial in honour of his life and legacy at the #GrandPalais in Paris this evening. He was always so generous to me and is so missed. #KarlForever x vb," Beckham captioned an old Polaroid photo of Lagerfeld.

Lagerfeld died this past February at the age of 85. He was the creative director of Chanel and Fendi as well as his own eponymous label until the time of his death. The Grand Palais was frequently the site of his incredible Chanel catwalk shows and hosted his final collection for Chanel at Paris Fashion Week Autumn/Winter 2019.

Lagerfeld's friendship was very dear to Beckham, and she was one of the first people in the industry to pay tribute at the time of his death, recalling the late designer as a "genius" and "always so kind and generous." Lagerfeld has also publicly complimented Beckham as "a clever girl," in a 2012 interview with The Times. He continued, "I knew her when she was a Spice Girl. She's very clever and very funny. And I think a guy like David [Beckham] needed a woman like this. She is tough, fun and clever."

Lagerfeld will surely be missed, but his designs and legacy will live on forever. Read ahead for Beckham and Lagerfeld's sweetest moments.

British Celebrities
Yes, That Was Liam Payne Performing at This Year's BAFTA Film Awards
by Navi Ahluwalia 6 hours ago