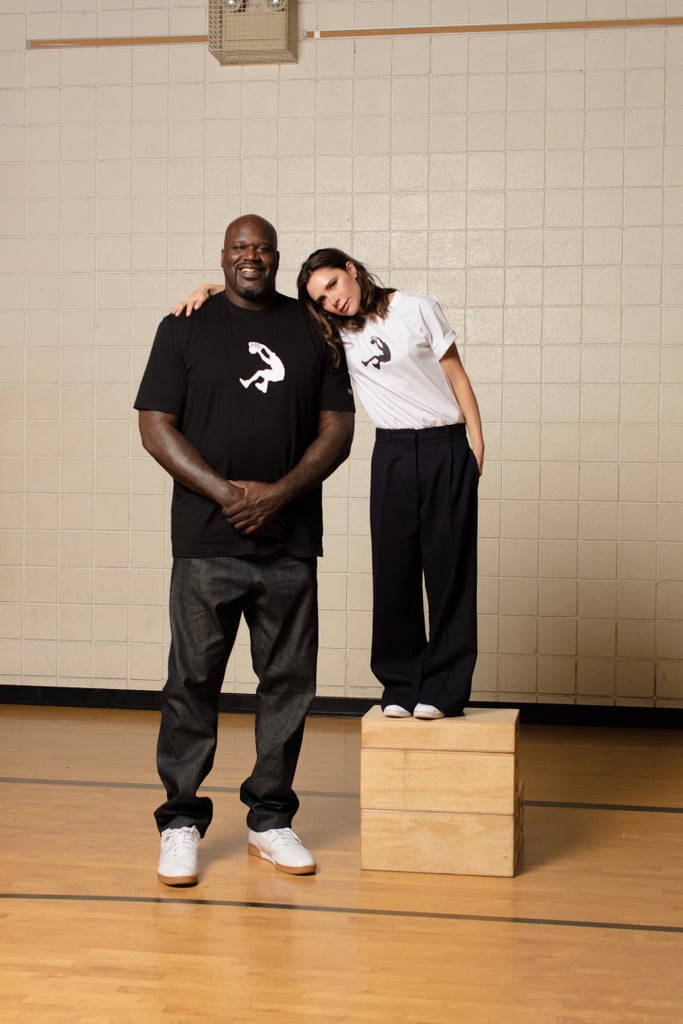 Victoria Beckham announced her upcoming collaborating with Reebok in late 2017, but since then, we haven't received very many updates. It turns out, the first drop will include awesome '90s revival tees with Shaquille O'Neal's promising stamp of approval. The two teamed up on some cool merch printed with Shaq's iconic name and number, and they sported it in celebration for an appearance on The Late Late Show With James Corden plus an LA-based party. Victoria styled her new graphic print tee with black and red leather pants from her own collection, and she even dressed up son Romeo in the raddest hoodie. Ahead, get a sneak peek at the new line, then sign up to get notified when the first item drops.