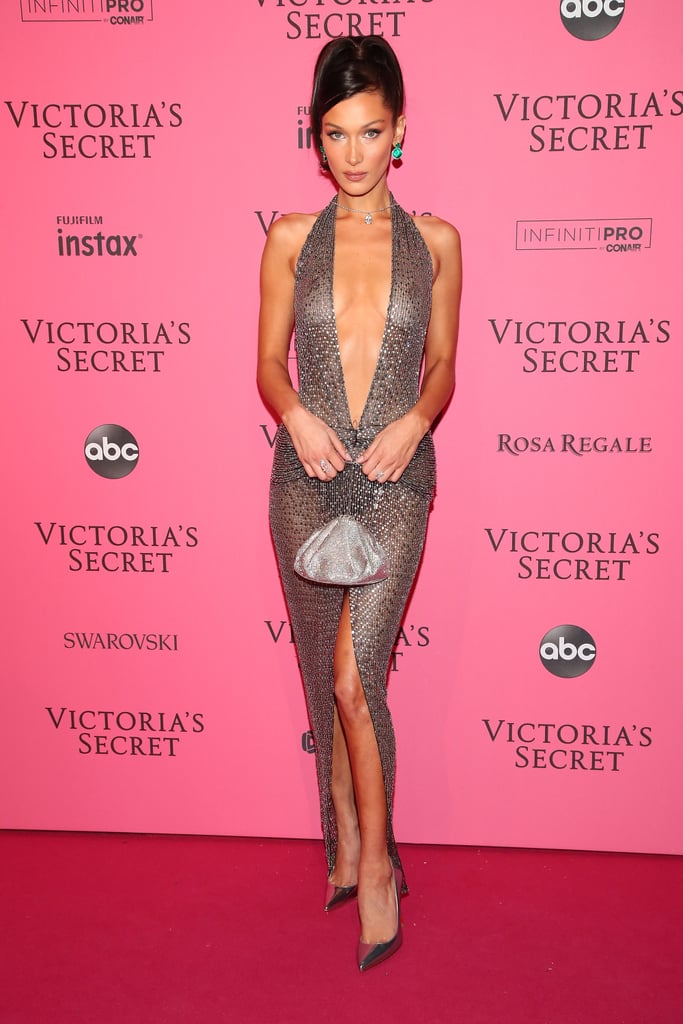 The Victoria's Secret After Party Dresses Are So Damn Sexy, You'll Forget All About the Show

One thing's for sure: we can always count on the Victoria's Secret models to turn the temperature up when it comes to red carpet style. After having hitting the runway in gorgeous lingerie, parachute wings, and sky-high heels, the 2018 cast of Angels swiftly changed into some of the sexiest ensembles we've ever seen for one hell of an after party.

Bella Hadid switched from feathered wings to a Julian Macdonald dress that featured the most plunging of plunging necklines, while her sister Gigi opted for a skintight white jumpsuit by Atelier Versace. Elsa Hosk, who wore the $1M Fantasy Bra, stunned in a black mini dress, and other models such as Winnie Harlow, who made history as the first model with vitiligo to join VS's cast, also made a stunning appearance on the pink carpet.