The first ever Vintage at Goodwood festival kicks off today in Sussex. The vintage fashion event has been organised by Wayne Hemmingway, his wife Geraldine and Charles March. The event will take festival goers back in time celebrating five decades of style. Temporary buildings have been erected ready to host a roller disco, a Forties-style nightclub and a Mecca ballroom amongst others. Wayne explained what he wanted from the event saying, “We wanted to create an event where you could get dressed up, go to the coolest clubs, see the best films, eat at the nicest restaurants, where there were amazing fashion shows going on – all in a beautiful location.” 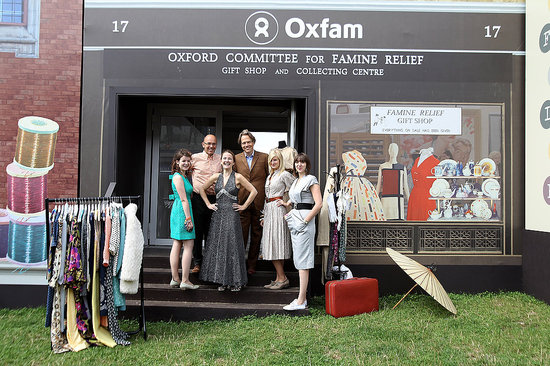 Some of London's hottest young designers are taking part in a fashion show there as Holly Fulton, David Koma and Louise Gray take to the catwalk. There are also going to be a fair few celebrity appearances including Lily Allen who is launching her new fashion business at the festival. Are you going to be heading down to Vintage at Goodwood?