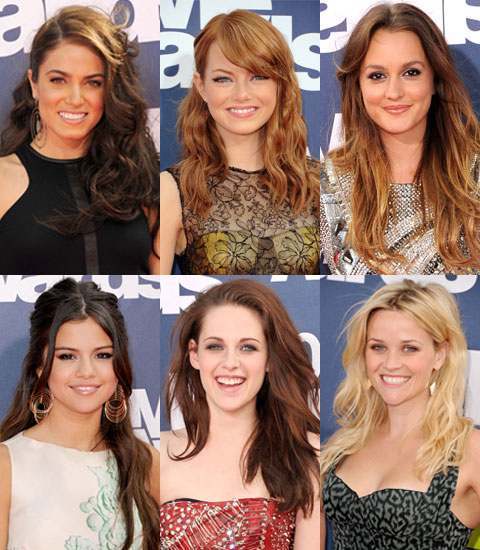 Although some stars opted for a sleek and straight look on the 2011 MTV Movie Awards red carpet (Hailee Steinfeld and Emma Watson, for instance), most chose sexy curls to top off their ensembles. Leighton Meester, Kristen Stewart, and Reese Witherspoon went for more of a beachy hair kind of vibe, while Emma Stone and Nikki Reed decided on more structured waves that were pinned back to one side. Selena Gomez, however, chose a half-up, loose curls style. Which totally-tousled coiffure gets your vote?

Hair
Well, That Was Fast: Billie Eilish Is a Brunette Now
by Kelsey Garcia 19 hours ago