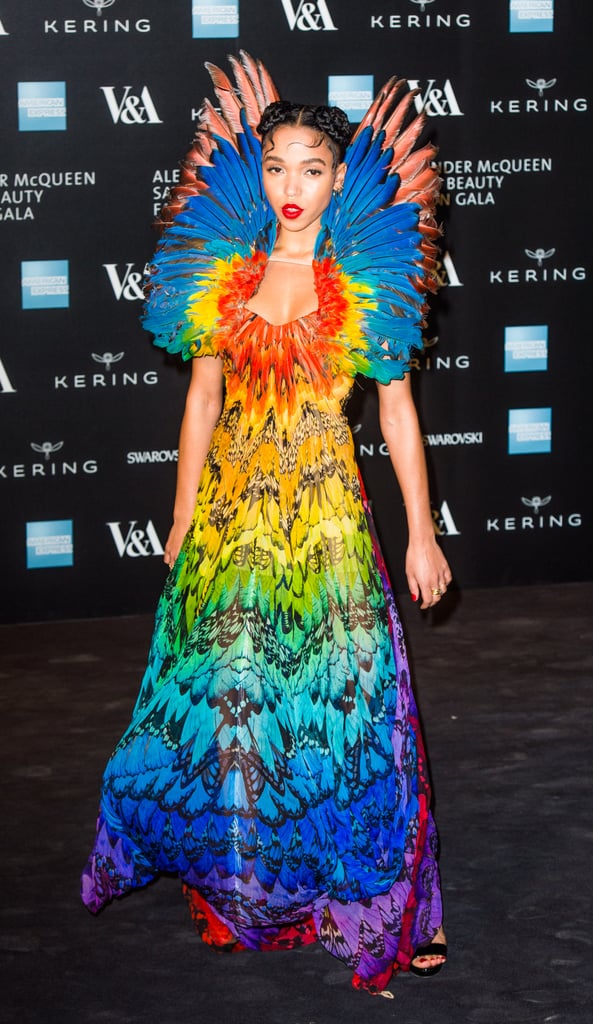 It may have been an April Fools' prank — but after T-Pain announced that FKA Twigs and Robert Pattinson are reportedly engaged, we still couldn't help but stop and think. For any other celebrity bride, we might start cooing over beautiful white wedding dresses, we have some different ideas for Twigs when her day arrives. The British songstress is known for pushing the style envelope and wearing outfits that don't just stand out from the crowd, they leave the crowd behind. Read on to see what this fashion rebel is all about — because when Twigs walks down the aisle, we'll expect only the unexpected.