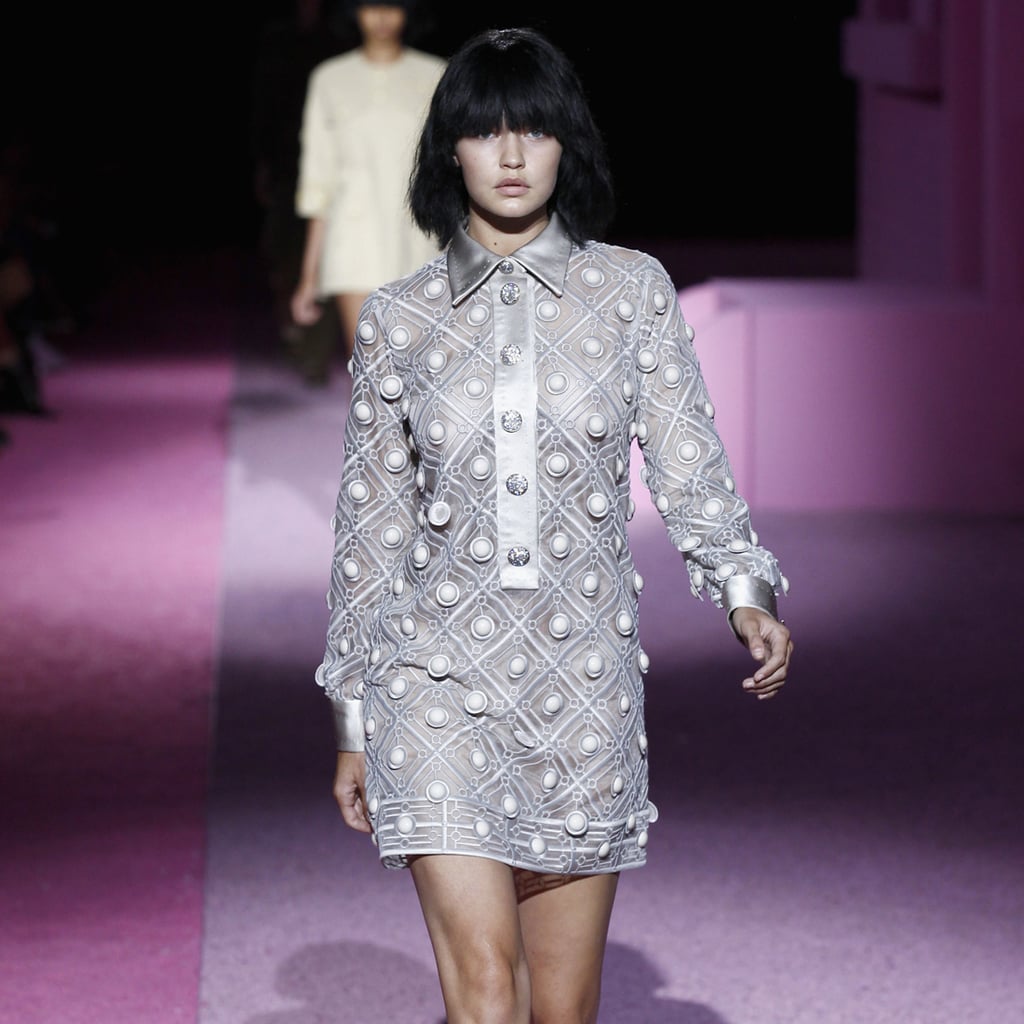 Welcome to the House of Marc Jacobs

Marc Jacobs invited you to come in, stay a while, and make yourself comfortable with his Spring 2015 collection. The staging of the theatrical finale to New York Fashion Week was centred on a stark white home (think Dorothy) with the distant sound of chirping birds and crickets.

Pop in your headphones (as guests were instructed to do), admire the glass beadwork, and embrace the purple light cast over the room. As the master of this house, however, Jacobs has a few rules. First rule: arrive on time — the show starts at 6 (latecomers have felt the sting of getting shut out of punctual Jacobs's show in seasons past). Second rule: no need to take your shoes off — not when they're as chic as these flat boots and slides. Third rule: Don't make too much noise. Rather than loud prints and rich embellishments, Jacobs kept to a modest palette of olive, navy, and cocoa, with pops of berry and blush. Fourth rule: keep your coat on (or sling it over your shoulders as his models did). Fifth rule: buckle up, these utilitarian belts aren't just for the car.

It may seem like a lot to follow, but this is Jacobs after all. And no girl would decline an invite to his house.