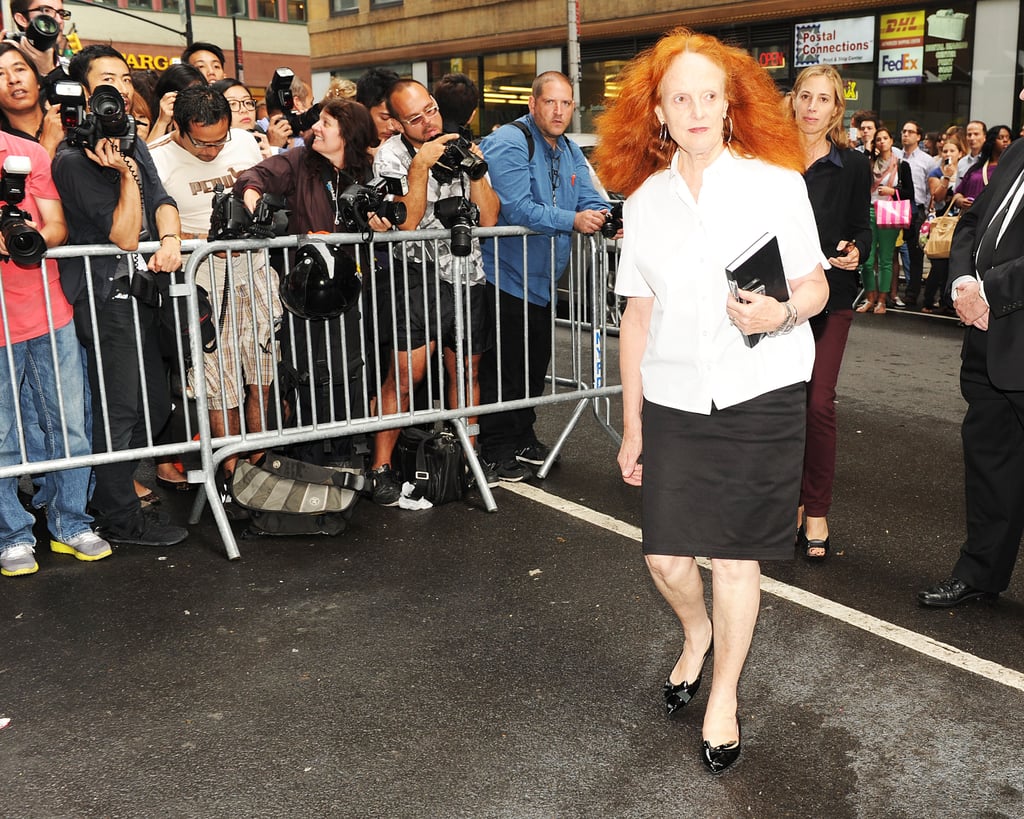 You can spot Grace Coddington from a mile away at Fashion Week. Yes, that has something to do with her bright orange hair, a 'do that complements every outfit she wears. But the 74-year-old industry icon can also be recognised for her signature uniform: well-tailored separates, usually in black and white, that are completely functional for doing her job.

While Grace has spent 20 years as the creative director at American Vogue, working alongside Editor in Chief Anna Wintour, she has just confirmed she is stepping down from her role. On the plus side, Grace isn't completely cutting ties with the publication:

"I'm not running away from Vogue, because it has opened so many doors. But it will be nice to collaborate, and nice to go out [and] give talks to people. It's just another approach. I'm certainly not going into retirement. I don't want to sit around," she explained to Business of Fashion.

Grace, who began her modelling career in 1959, has design experience at Calvin Klein and has styled some of the most iconic photo spreads in history. She will continue to take on new projects, surely all of which will be on our radar. Read on for 15 ways Grace has already made her mark, and we suggest you follow her on Instagram immediately.