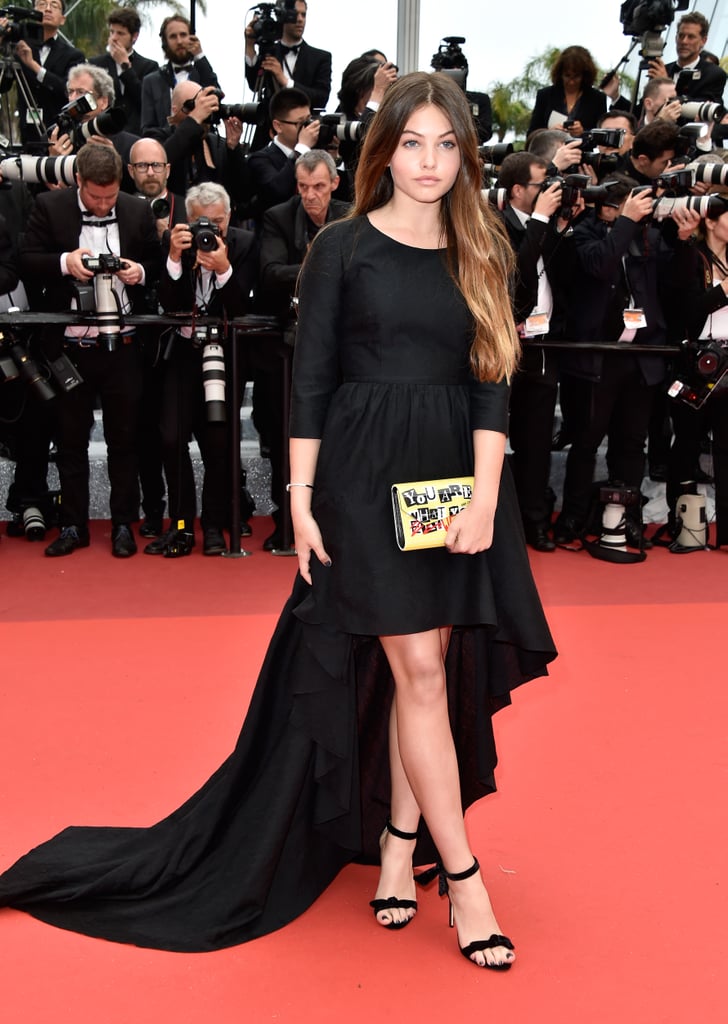 We wouldn't be surprised if you've already heard French model Thylane Blondeau's name. The 15-year-old covered Vogue Enfants when she was just 6, and two years before that, she was walking down the Jean Paul Gaultier runway. If you're assuming this caused a stir in the fashion industry, you'd be right — many people felt she was being objectified in the 2011 issue of Vogue Paris. But fast forward a few years, and Thylane scored a major spot on Jalouse and contracts with IMG Models and L'Oréal.

After she made her debut on the Cannes red carpet, mastering a look that was both playful and sophisticated, we were sure of it: Thylane is following in the footsteps of your favourite It girls. Read on to get to know her killer sense of style, then follow her feed so you don't miss a beat. We promise that when it comes to Thylane's career, things are about to move very fast.